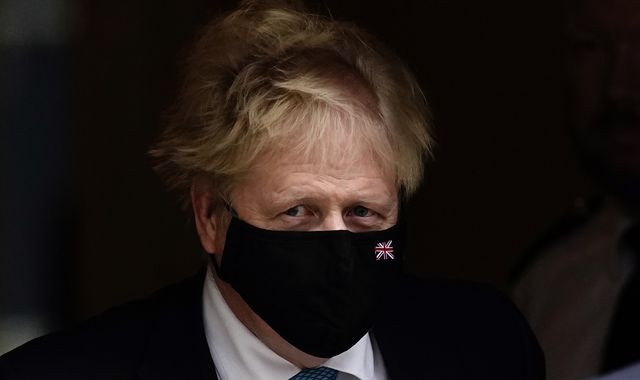 Boris Johnson has not explicitly committed to publishing the full report into lockdown parties in Downing Street and across Whitehall, as Westminster awaits the findings of the long-awaited inquiry.

Asked at PMQs by Labour leader Sir Keir Starmer if he will release the entirety of Sue Gray’s report, the prime minister replied: “We’ve got to leave the report to the independent investigator, as he knows, of course when I receive it, of course, I will do exactly what I said.”

Government’s ‘intention’ to ‘publish it as received’

Questioning the PM, Sir Keir noted the ministerial code states that ministers who knowingly mislead parliament are expected to offer their resignation

“Does the prime minister believe that applies to him?”

Mr Johnson replied: “Of course, but let me tell the House that I think he is inviting a question about an investigation which is – as you know, Mr Speaker, I cannot comment – and which he, as a lawyer, will know that I can’t comment on.”

Sir Keir asked Mr Johnson whether, given he acknowledged the ministerial code applies to him, he would be resigning for misleading parliament over the partygate furore.

Mr Johnson’s spokesman said it is the government’s “intention” to “publish it as received”.

Speaking to Kay Burley earlier on Wednesday, Foreign Secretary Liz Truss said the government would release the “findings” from the Cabinet Office inquiry.

However, the foreign secretary said there could be “security issues” which mean parts of it are “problematic to publish”.

Expectations had been raised that Mr Johnson would address the Gray report’s findings in the Commons on Wednesday lunchtime.

On Tuesday afternoon, it was understood that Number 10 would publish the report compiled around midday and then the PM would make a statement in the Commons after PMQs.

But the timing still remains unclear.

Labour has called for the report to be published “in full” – with Sir Keir saying anything less would amount to a “cover-up”.

The party could try and use parliamentary procedures to try and force the publication of the document in full.

Metropolitan Police Commissioner Dame Cressida Dick announced on Tuesday that the force was investigating “a number of events” for potential breaches of COVID-19 regulations.

Sources have told Sky News this investigation will take “weeks, not days”.

His spokesman said he was not aware of the police asking to interview Mr Johnson, but “as a rule I’m not going to be getting into individuals who may or may not be involved”.

Mr Johnson’s leadership has come under severe pressure amid the ongoing partygate scandal and he could face a vote of no confidence if more than 54 Conservative MPs submit letters of no confidence to the 1922 Committee of backbenchers.

Share
Facebook
Twitter
Pinterest
WhatsApp
Previous articleCOVID-19: Bangladeshi communities and Pakistani men most at risk of dying from coronavirus during third wave
Next articleMorrissey asks Johnny Marr to ‘just leave me out of it’ and stop talking about him in interviews