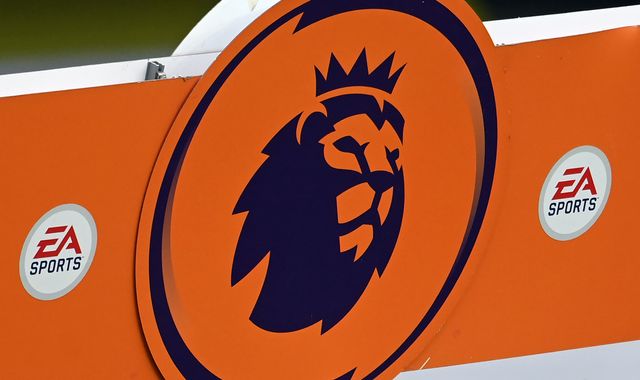 Premier League clubs will have to show four positive cases of COVID-19 in order to apply to have a match postponed, after sides agreed to make changes to the criteria.

Following a meeting with clubs today, postponement guidance has been amended, after several matches were called off in December and January.

There have been 22 postponements in the Premier League under the COVID-19 criteria since the Omicron variant led to an increase in cases among players and staff at top-flight clubs.

The last match to be called off was the North London derby between Arsenal and Tottenham on 16 January, which drew criticism from Spurs.

The Premier League accepted Mikel Arteta’s sides request to postpone, with the club citing “COVID, injuries and players away with their countries at AFCON”.

Tottenham said they were “surprised” by the league’s decision, while Gary Neville said Arsenal’s request should have been rejected.

Under the previous rules, where a club could not field 13 outfield players and a goalkeeper either from its squad list or its appropriately experienced under-21 players, the match would be postponed. At least one of the unavailable players had to have tested positive for COVID-19.

Now, at least four of the players absent and leaving a club with less than the minimum 14 eligible players must be positive COVID-19 cases.

It was announced on Monday that the number of positive COVID-19 cases in the Premier League had fallen for the fourth week in a row.

In the seven days up to and including 23 January, there were 16 new cases among players and staff, from 6,221 tests – the lowest number of infections in a week since 5 December.

The new guidance will come into effect ahead of the next round of Premier League fixtures, on 5 February.

In recent weeks, former Premier League players, including Sky Sports’ pundits Jamie Carragher and Neville, have been vocal critics of the slew of postponements.

Speaking on Friday Night Football on the 14 January, both said that England’s top clubs should stop using COVID-19 as an excuse to cancel games.

“I honestly believe that all teams, not just in the Premier League but the EFL now, must be made to play their fixtures,” said Neville.

“If it was purely down to COVID in extraordinary circumstances where there was 10 or 15 players out, but we’re now talking about teams for the last few weeks where there’s no doubt they’ve been calling games off based upon whether they think they’ve got the best squad or team to win a game. It’s got to stop.

“Manchester United and other teams have got 30 to 40 players in their squad – I’m not having they can’t get 13 to 16 players together.

“It has to stop now this and we have to make teams play.”

While Carragher said: “If it’s an outbreak of COVID and it’s decimated the squad I can understand that, but players being in the AFCON tournament and just normal injuries, that’s got nothing to do with it.

“You’ve got U23 squads and younger players, and this is an opportunity where they can get a chance.

“I know there’s a lot riding on Premier League games but at this moment there’s no doubt teams up and down this country are taking advantage of the situation.”

The updated league rules still allow the Premier League board to consider other factors when an application for a postponement is made, such as the status of any COVID-19 outbreak at a club and the proximity to the fixture in question, a club’s ability to safely prepare for a match and any advice from the UK Healthy and Security Agency or other public health bodies.