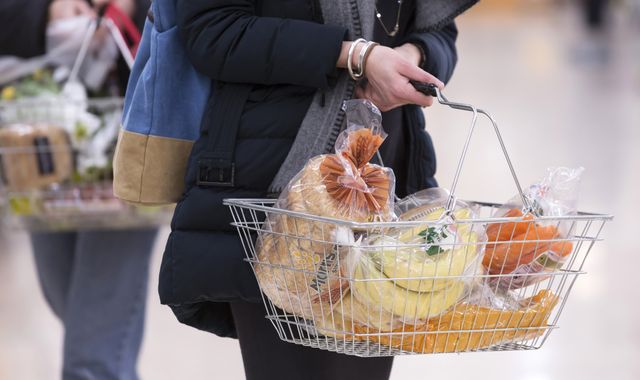 Official statisticians are to shake up the way they collect and widen how they present inflation data amid concerns that cost of living headlines fail to reflect the squeeze being felt by the worst off.

The announcement by the Office for National Statistics (ONS) comes as food poverty campaigner Jack Monroe has been drawing attention to the impact of price rises on poorer families.

From later this week, the ONS will resume the publication of a breakdown of how inflation affects different income groups.

In the longer term, it said it was also developing “radical new plans” to increase the number of price points it measures each month from 180,000 to hundreds of millions.

Ms Monroe tweeted: “Delighted to be able to tell you that the ONS have just announced that they are going to be changing the way they collect and report on the cost of food prices and inflation to take into consideration a wider range of income levels and household circumstances.”

But Ms Monroe took to social media last week to express anger that the measure “grossly underestimates the real cost of inflation as it happens to people with the least”.

She gave examples of the prices of some of the cheapest available staple products such as pasta, rice and peanut butter at her local supermarket being in some cases more than double what they were last year.

Mike Hardie, head of prices at the ONS, acknowledged in a blog post that “everyone has their own personal inflation rate”, with some, for example, spending a larger proportion of their income on gas and electricity and others on petrol.

He said that in the past, analysis by the agency breaking down the impact of inflation in different ways, such as by income group or whether people own or rent their properties, had shown only small differences – though this has not always been the case.

During the economic downturn in 2008 and 2009, inflation was higher for low income households, he said.

This detailed analysis was suspended during the pandemic because many items were temporarily available but “given the level of interest in the cost of living and inflation” the ONS will restart the data series from this Friday, Mr Hardie said.

In the future, it will widen the number of price points measured using data sent directly from supermarket checkouts, he added.

“This will mean we won’t just include one apple in a shop – picked to be representative based on shelf space and market intelligence – but how much every apple costs, and how many of each type were purchased, in many more shops in every area of the country.

“While it will not show us what each consumer has bought… it will show exactly what has been sold and for how much, giving us even more detail on how inflation is affecting UK households.”

An ONS spokesperson said: “We will continue to produce our headline inflation statistics, which are long running and follow international best practice.

“We are committed to ensuring that our statistics are relevant and continue to meet user needs.

“As part of this we are restarting publication of inflation broken down according to how much income you earn.

“We are continuing with longer-term plans to improve our inflation figures by including data from supermarket checkouts which will help us understand people’s experience of inflation in a much more detailed way.”