Boris Johnson knows he’s in the ‘kill zone’ – he’s fighting back hard, but it may be too late 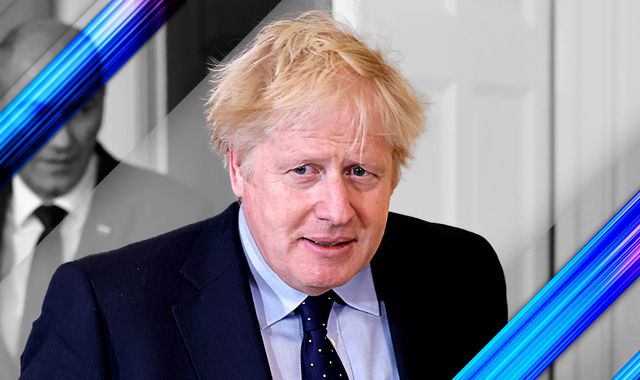 “Unrelenting” and “awful”, that’s how a couple of senior MPs put it to me today as they hunkered down in Westminster to wait for the Sue Gray report.

And who wouldn’t feel fed up when faced with this level of attrition? Every day new blows rain down on the prime minister and No 10, with his own MPs caught in the crossfire.

Just this afternoon, leaked official emails revealed the prime minister had personally intervened to help evacuate over 150 stray cats and dogs from Afghanistan.

This contradicted his on-camera claim that he hadn’t stepped in to help Pen Farthing, founder of charity Nowzad, to secure safe passage for animals from Kabul at a time when fleeing Afghans were unable to board flights.

On Monday there were the new revelations of a No 10 gathering, complete with cake to celebrate the PM’s birthday, during the first lockdown when such meetings were banned. Yesterday, the Metropolitan Police launched a criminal investigation into events at Downing Street after concluding parties crossed the threshold for a “serious and flagrant” breach of lockdown rules. Our prime minister now faces being questioned by the police, under caution or as a witness. Is there anything more unedifying than that?

But what MPs are really bracing for is the much-awaited Sue Gray report. There’s no doubt its findings could trigger a vote of no confidence in the prime minister, which is why its publication has become such a pivotal moment for Boris Johnson and his government. Many MPs have publicly said they are holding their judgement over his future until they have seen this report.

“If Gray finds deliberate wrongdoing by Boris Johnson or any outright disregard of the rules, I think enough of my colleagues will say enough is enough and call for a vote of confidence,” is how one former cabinet minister put it to me.

Boris Johnson and his allies know all too well the acute political danger he is in. A week ago, when he faced the cameras to answer accusations that he did know in advance about the ‘Bring Your Own Booze’ gathering in Downing Street on 20 May 2020, he looked defeated. Now in the kill zone, he’s fighting – hard.

And in recent days, the “Save Boris” operation has kicked into gear, organised by old allies – such as Conor Burns and Nigel Adams – and smart organisers, such as former deputy chief whip Chris Pincher and transport secretary Grant Shapps, who helped run the MPs operation for Mr Johnson’s leadership bid back in July 2019.

In the Chamber on Wednesday you saw the operation in effect. Whereas last week Mr Johnson opened PMQs only to watch Bury South MP Christian Wakeford defect to Labour and see party grandee David Davis demand his resignation, this week Mr Johnson was enveloped by cheering colleagues and supportive interventions.

Arguably Mr Johnson’s predicament has worsened since a week ago – new revelations and a police investigation – but he seems, for now, to be slightly less at sea.

“I think there is an increasing sense of perspective, especially considering the Ukranian situation and the rise of a new election with a new untested leader against one who recently won a majority of 80,” said one senior minister who has been trying to shore up support for Mr Johnson. “I think this is focusing minds.”

This is the tactic being used by Mr Johnson’s team: to try to reassure waverers it’s better the devil you know than the devil you don’t, while reminding MPs the public will be unforgiving should the party be changing its a leader at a time of a possible overseas conflict and domestic cost-of-living crisis.

One senior neutral backbencher told me they think the “Save Boris” operation is doing a good job. “They are definitely steadying the ship. The question is now dividing into two parts: does Boris Johnson survive for now, given the prospect of replacing him is too grizzly and draining? And then, does he lead us into the next election? If we save him now but he’s still flatlining in a few months, well then that is a question for later in the year.”

But all of these efforts could come to nothing should the Sue Gray report deliver evidence that condemns the PM in the eyes of wavering MPs.

For all Mr Johnson’s allies, there are plenty of opponents. It is known there’s a lot of unease amongst the 50-strong One Nation Tories who were ostracised by this PM and his team over Brexit. This group doesn’t operate as a unit and will take decisions individually, but it’s fair to say a lot of them are thoroughly fed up with Mr Johnson. There is also the band of 2019-ers who were poised to put letters in last week and are now waiting to see what the Gray report says.

And for all the speculation about the report, no-one really knows what is in it apart from Sue Gray. We don’t know when it will be delivered to Number 10, ready for publication, although the expectation is that it could come as early as tonight and certainly within the coming days. I’m told by government sources that Ms Gray is checking the report with lawyers, human resources and the Met Police to make sure what she sends to Downing Street can be published in full.

MPs will then have to decide whether they can fall in behind him or call for him to go. He’s in the danger zone. The best he can hope for is to avoid a confidence vote, which will be triggered should 54 of his own MPs decide they’ve had enough and submit letters of no confidence.

But even if he can survive the coming weeks, can he ever really recover in the eyes of the public and his party? It was just over two years ago that Boris Johnson won a majority of 80. Now he’s in office but not in power. I’ve never witnessed such an astonishing fall from grace.