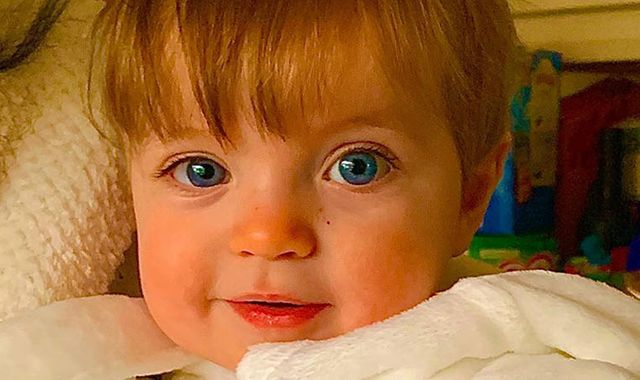 Children’s and social care services at Bradford Council are to be placed in a trust in the wake of the Star Hobson case.

The council had contact with the family of 16-month-old Star before she was murdered by her mother’s girlfriend in September 2020.

The not-for-profit trust will be owned by the council but run at “arms-length” under the control of a new independent chair and board of directors.

The trust will “drive rapid improvements” after recommendations made to Education Secretary Nadhim Zahawi by Steve Walker, the children’s services commissioner in the West Yorkshire city.

Read more: After five referrals to social services, what opportunities were missed to save toddler?

Mr Zahawi said: “Keeping vulnerable children safe from harm is non-negotiable. Where a council is not meeting its duty to do this, we will take action to protect children and put their needs first.

“It’s clear from the recommendations made by the commissioner in Bradford that the council needs support to improve and so I’m pleased that Bradford Council have agreed to establish a new trust that will bring positive change for the council and independent oversight that drives improvements.

“This is an important moment for children and families in Bradford, and for social workers and other professionals who want to create meaningful and effective relationships with them.”

The government said the decision followed “positive” talks with council leaders, who had “voluntarily agreed to the move” in light of the challenges it has faced since its children’s services department was rated “inadequate” by Ofsted in 2018.

Bouncer and security guard Savannah Brockhill, 28, was jailed for life at Bradford Crown Court in December for murdering Star at her home in Keighley, West Yorkshire. The toddler had suffered “utterly catastrophic” injuries, the trial heard.

Warning: Below contains distressing details about the treatment and subsequent death of a child.

Brockhill was ordered to serve a minimum of 25 years in prison and Star’s mother, Frankie Smith, 20, was given an eight-year sentence for allowing her daughter’s death.

She was found to have suffered two brain injuries, numerous ribs fractures, the fracture and refracture of her leg, and a skull fracture when she died.

Star’s great-grandfather, David Fawcett, was among the people who have raised questions over why social services and police did not act despite five different family members and friends raising concerns with authorities in the eight months before she died.

Jurors at the trial heard relatives and friends had growing fears about bruising they saw on the little girl and made a series of complaints to social services.

In each case, Brockhill and Smith managed to convince social workers that marks on Star were accidental or that the complaints were made maliciously by people who did not like their relationship.

Meanwhile, the publication of an investigation into the contact that agencies had with Star before she was killed has been delayed.

A local child safeguarding practice review was due to be published before the end of this month but the Bradford Partnership said further work was needed, including making sure Star’s family’s views are fully reflected.

Following the death of six-year-old Arthur Labinjo-Hughes from Solihull, a national review was launched, and the local review into Star’s case will feed into this.