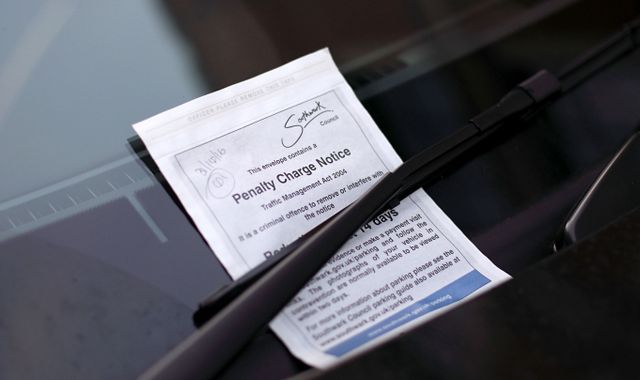 A senior MP wants to end the practice of issuing parking fines to drivers whose ticket has simply fallen off the dashboard.

Conservative Huw Merriman, who is chairman of the Transport Select Committee, told MPs it was a “blackhole of consumer legislation which needs a fix”.

It’s one of the proposals in the Bexhill and Battle MP’s Consumer Protection (Double Charging) Bill.

Mr Merriman said a typical beneficiary would be “the driver who parks their car on a local authority car park, puts their annual season ticket on the dashboard, they close the door, and the ticket slips down and is not displayed correctly”.

He added: “Despite being able to prove that they have a season ticket registered to their car, they have not displayed the pass and it is this which delivers them a £60 fine.”

Also benefitting would be a “rail passenger who prints out their Trainline documentation” before finding out “the ticket barrier cannot read the QR code”.

“Despite the documentation demonstrating proof of payment, it is technically not a ticket and they get charged a penalty fare at the barrier despite the fact the ticket machine which could print the ticket is 10 metres the other side of the barrier,” he added.

“Why is it that local authorities fine drivers for not displaying a ticket when an easier and hassle-free alternative is for a parking attendant to be given the technology to check the vehicle registration against the season ticket database?”

‘Bill would ensure organisations catch up’

The MP said the ways people can prove they have made a purchase are lagging behind the increasingly efficient ways to buy tickets and his Bill would “seek to ensure organisations catch-up with this century’s technology”.

He asked for his Bill to be considered at second reading on 18 March, although it is unlikely to become law due to a lack of parliamentary time.