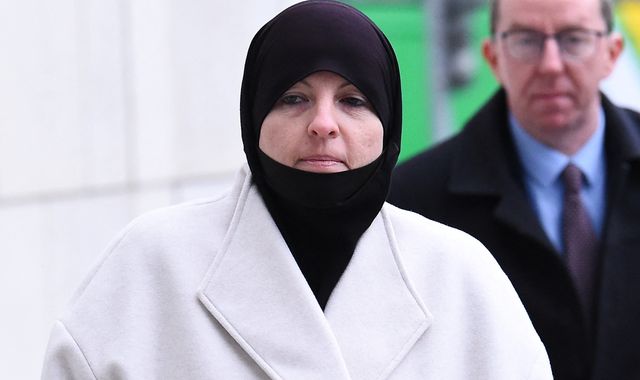 The trial of a former Irish soldier accused of membership of Islamic State has heard that evidence will be presented that she encouraged her British-born husband to take a snipers course.

Lisa Smith, 39, from Dundalk in Co Louth, has pleaded not guilty to charges of being a member of the so-called Islamic State group and with financing terrorism.

She left the Irish military after she converted to Islam in 2011 and later travelled to IS-controlled territory in Syria.

There, after a previous marriage ended, she married Sajid Aslam, a UK national who the prosecution contends undertook “border patrol” for Islamic State.

The Special Criminal Court in Dublin was told that Aslam “had done a snipers course on her advice.”

Lisa Smith had a daughter, born in June 2017, before returning to Ireland in December 2019 after the collapse of Islamic State’s territory.

She was arrested at Dublin Airport and charged with terror offences.

On Tuesday – the first day of her trial – prosecuting counsel Sean Gillane SC told the court that Ms Smith had “endeavoured to access IS-controlled territory and sought out the means by which this could be done”.

He said that “she subscribed to the reciprocity of allegiance and protection, and in that sense, she enveloped herself in the standard or black flag of Islamic State”.

‘No split between good and bad IS’

Mr Gillane continued that “there is no duality or split between a good Islamic State and a bad one, into which one might fall by happenstance or misfortune”.

Shamima Begum: IS bride insists she ‘didn’t hate Britain’ when she fled to Syria – and now wants trial in UK

It is the prosecution’s case that to “make hijra” (emigrate) in this specific context is “a central act of allegiance to this proto-state”, and an “act without which the terrorist group cannot survive”.

“It is the lifeblood of the Islamic State,” Mr Gillane continued.

Execution by drowning in a cage

“It needed fighters, and it is our case that it also needed all those who could give sustenance and vitality to the group… to answer that call in this context is to self-identify as a member of that group.”

The court also heard of Lisa Smith’s involvement with various Facebook and Telegram groups. In one discussion about IS’s execution of five men by drowning in a cage, the prosecution said that Lisa Smith replied: “OK, now I understand why they were drowned. I didn’t know the other half of the story.”

The prosecution was due to continue outlining its case on Tuesday afternoon.

The trial, which is being heard by Ireland’s non-jury Special Criminal Court, is expected to last up to 12 weeks.