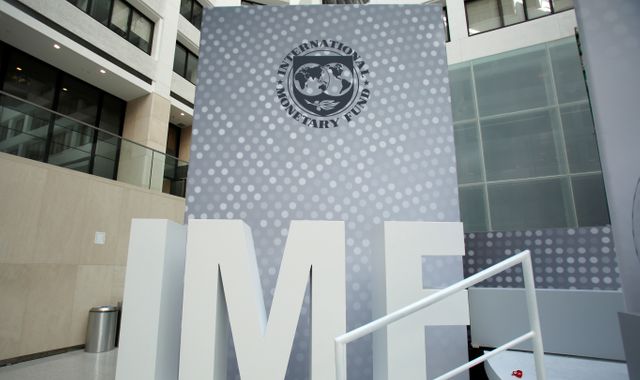 The International Monetary Fund has urged Britain to offer “targeted support” for struggling households facing a cost of living surge.

Gita Gopinath, the fund’s deputy managing director, backed the idea of government help for the most vulnerable as they face inflation at a near-30 year high amid soaring household bills.

She also warned of the risk of conflict between Russia and Ukraine further adding to energy costs.

The intervention on the UK’s cost of living surge – set to deepen with an expected hike in the energy price cap in the spring – adds to pressure on Chancellor Rishi Sunak to take action.

Options being looked to address the energy crisis are said to include a VAT cut, a beefed-up existing scheme to help the least well-off, or Treasury-backed loans to spread some of the costs facing suppliers.

Ms Gopinath’s comments came as the IMF took an axe to its global growth forecasts, including for the UK, after the Omicron variant and inflation dragged on the world’s economic recovery from the pandemic.

On the cost of living surge facing Britain, and the question of whether the government should provide support to low income households, she stressed that it should be “very targeted, well targeted” help.

“It is important that there should be well targeted support to highly vulnerable households who are having to face very high living cost increases,” Ms Gopinath said.

She acknowledged further pressure on inflation was likely in April, with the energy regulator Ofgem likely to hike prices in response to soaring wholesale costs facing suppliers.

Ms Gopinath said any Russia-Ukraine conflict was likely to mean “further increase in prices of oil and natural gas, and therefore of energy costs more broadly, for many countries in the world”.

The IMF’s update also acknowledged risks from factors such as climate change and tensions in eastern Europe as the world seeks to recover further from the COVID-19 shock to the economy.

Ms Gopinath said: “This should be the year that the world escapes the grip of the pandemic.”

The IMF’s World Economic Outlook update saw it downgrade its forecast for global GDP growth for this year from 4.9% to 4.4%, following a 5.9% bounce-back in 2021 after a coronavirus-hit 2020.

It said the 2022 downgrade was largely led by the world’s two largest economies – the United States and China – but it also cut its expectations for most advanced and emerging economies, including the UK.

The IMF cited disruption brought by restrictions to stop the Omicron COVID variant and inflation – caused by surging energy prices and supply chain woes that have seen shipping volumes overwhelmed and worker shortages.

“In the United Kingdom, disruptions related to Omicron and supply constraints (particularly in labour and energy markets) mean that (2022) growth is revised down by 0.3 percentage point to 4.7%,” the report said.

Of the advanced economies, only Spain is expected to outperform the UK this year in terms of growth.

The IMF forecast said shutdowns of Chinese cities to control Omicron and financial stress in its property market meant it was shaving 0.8% off its earlier projections for the world’s second-largest economy.

The new forecast saw a projection of 4% for the United States – a decline of 1.2% on October’s forecast.

Inflation has since hit a 40-year high of 7% in the US and is tipped by financial markets to force the US Federal Reserve into four interest rate rises this year.

The report also cited risks from climate change, a resurgence in protests against virus restrictions and rising prices.

Growing geopolitical tensions, including in eastern Europe where Western powers fear a Russian invasion of Ukraine, were listed too.

Experts have warned that a NATO-led or economic backlash against any such move by Moscow could result in Russia withdrawing gas supplies from Europe, exacerbating the inflation problem as its gas accounts for more than 40% of the EU’s usage.