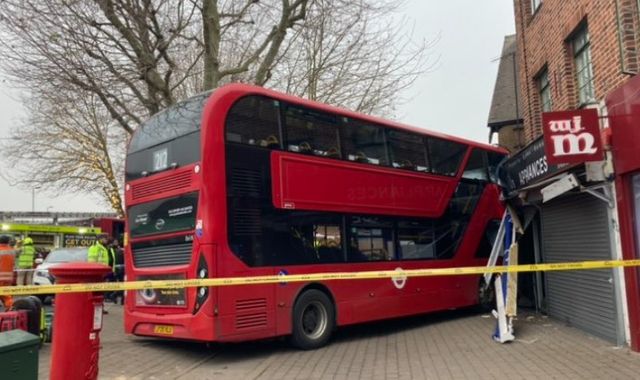 Nineteen people have been injured after a double-decker bus crashed into a shop with flats above in east London.

The driver of the bus was trapped by his injuries and crews used specialist equipment to release him, and he has now been taken to hospital.

Of the 19 that were injured in the crash, five people have been taken to hospital – including two adults and three children.

The collision happened at about 8.20am this morning on Selwyn Avenue in Chingford.

Ambulance crews, paramedics, a Hazardous Area Response Team and an air ambulance trauma team have been sent to the scene and to treat the “walking wounded”.

A number of road closures are in place around the junction of Selwyn Avenue and Winchester Road.

Conservative MP for Chingford & Woodford Green Iain Duncan Smith added: “Thank you to the first responders and emergency teams at the scene. My thoughts and prayers are with everyone affected. A number of people have reported suffering injuries and are being treated at the scene.”