Dorset knob-throwing competition too popular to be held, organisers say 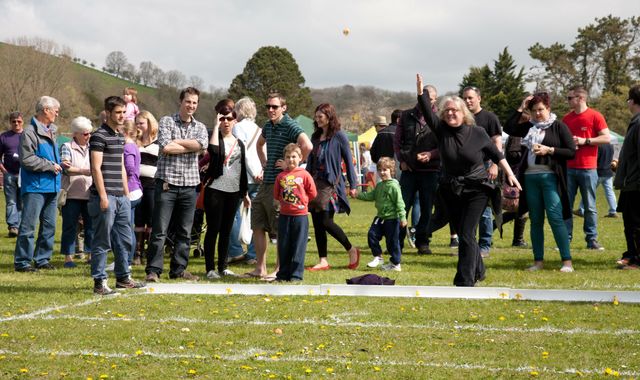 Dorset’s ‘knob-throwing’ festival has become too large to hold, according to organisers.

The Dorset Knob Throwing and Frome Valley Food Festival – which includes a contest to throw a type of biscuit called a knob as far as possible – was last held in 2019.

It was first held in the Dorset village of Cattistock in 2008.

The event has not been held since due to the pandemic.

And in a post on its social media page, the organisers said: “It is with great sadness that the Dorset Knob Throwing and Frome Valley Food Festival is unable to go ahead on 1 May 2022.

“We had over 8,000 people attend the 2019 event, meaning it has reached such a size that it simply cannot be run by a small village committee.

“We’ve looked at various options but sadly couldn’t make any of them work for this year for many reasons.

“We also sadly lost the support of our event management team late in 2021 and agreements with Moores Biscuits to provide the biscuits for the event’s games also took much longer than anticipated.

“We hope the event can return in years to come.”

The Dorset knob is “a savoury biscuit that is crisp, golden, and steeped in tradition”, according to Moores Biscuits.

On the knob-throwing committee’s website, the competition rules are set out.

It states: “Three knobs are thrown underarm and the furthest is measured at its final resting place; unlimited entries are available per contestant and there are no age restrictions”.

Named after a ball-like clothing fastener

One foot must stay on the ground while throwing.

The furthest knob thrown is measured – if the baked good breaks, the umpire decides where to measure from.

The Moores Bakery website says the biscuit takes its name from a Dorset Knob button – which is where a button is sewn around to make a ball-like clothing fastener.

It adds: “The Dorset Knob started life sometime before 1860 when the Moores family began baking in West Dorset.

“After the day’s bread baking was finished it was the custom to make Dorset Knobs by adding butter and sugar to the leftover dough and hand rolling them in small buttons.

“They were then baked in the dying heat of the bread oven to dry them out like rusks.”