Number 10: Boris Johnson ‘committed’ to National Insurance tax hike in April despite pressure to scrap the move amid cost of living crisis 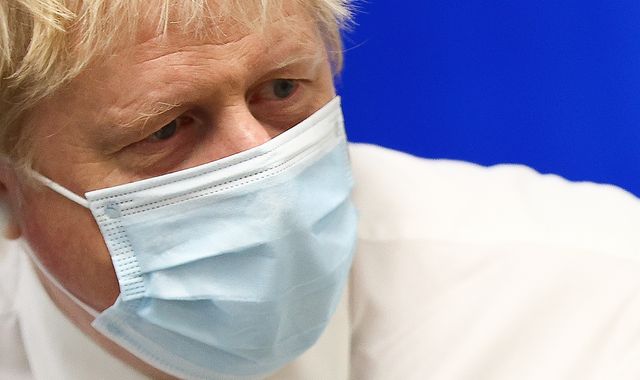 Boris Johnson remains “committed” to the proposed National Insurance hike, Downing Street has said, despite some senior Conservative MPs calling for April’s increase to be scrapped amid rising cost of living pressures.

The prime minister’s official spokesperson told reporters Mr Johnson believes the proposal is the “right approach” to “tackling the massive backlog” facing the NHS and to “address the long-standing problem of fixing our social care system”.

Asked whether reports that members of Mr Johnson’s cabinet will back a move to delay the rise are accurate, the PM’s spokesperson added: “Cabinet took a collective decision to take this action, to put money into our NHS, to tackle the backlogs, to resolve the long-standing problem of social care and to fund a pay rise for nurses. The cabinet stands behind that decision.”

It comes as members of the PM’s own party, including former cabinet minister David Davis, have called for the hike to be scrapped amid the ongoing cost of living crisis.

Last week, Mr Davis argued the move would be “economically unwise” as it would create a “disincentive to work”, telling the BBC that the proposed rise would remove about 10% of the disposable income of “ordinary families”.

In September, the PM announced that National Insurance contributions will rise by 1.25% to pay for the social care system in England in a bid to end the “unpredictable and catastrophic costs” faced by many.

A social care package, which the prime minister has called “the biggest catch-up programme” in the NHS’s history, will be funded through a new, UK-wide 1.25% health and social care levy’ from April 2022.

The decision to put up contributions broke the Conservative Party’s 2019 election manifesto pledge.

The 1.25 percentage point increase is predicted to raise about £36bn which, in the early years, will mainly be used to fund dealing with the NHS backlog.

The PM’s plan to overhaul the social care sector includes:

• A government pledge to invest £36 billion over the next three years to help the NHS recover from the pandemic.

• To also invest in reforming the social care sector.

• A promise that from October 2023, nobody will pay more than £86,000 for their social care – regardless of their assets.

The plan was signed off by ministers at a cabinet meeting four months ago, but now it is understood that some ministers are calling for it to be halted as household bills continue to soar.

Official figures published last week showed that inflation soared to a near 30-year high of 5.4% in December, while an energy price cap rise in spring is set to stretch household budgets further.

Brexit minister Lord Frost quit his role at the tail end of last year in protest at government tax increases.

Speaking to reporters on Monday, Mr Johnson said the “terrible strain” the coronavirus pandemic has put on the health service means the National Insurance hike is essential, but did not explicitly say the rise would take place in April.

“The NHS has done an amazing job but it has been under terrible strain,” the PM said.

“What I’m telling people is, if you want to fund our fantastic NHS, we have to pay for it – and this government is determined to do so.”

Pushed on whether the proposal should be halted amid rising cost of living pressures, the prime minister vowed to tackle the crisis by helping “getting people into work”.

“What we’ve got to do is look at all the ways we can address cost of living for people, so it is the cost of fuel, it is making sure that we deal with inflation by getting people into work, dealing with problems in the supply chain, getting people off welfare and into work, helping get our economy moving smoothly again,” he told reporters.

Labour has regularly voiced its opposition to the national insurance increase, with leader Sir Keir Starmer pledging to take a different approach if elected to Downing Street.

Meanwhile, when the original proposal was announced in September, the leader of the Liberal Democrats Sir Ed Davey – who himself is a carer – described the new health and social care levy as an “unfair tax”.

The SNP’s Westminster leader Ian Blackford referred to the move as “the prime minister’s poll tax on Scottish workers to pay for English social care”.