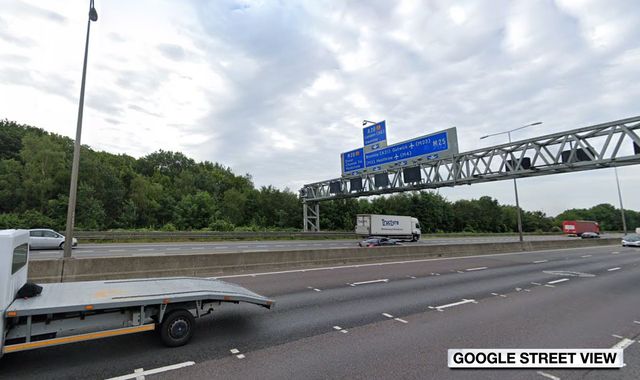 A police officer has been seriously injured after a collision with a motorbike.

The motorbike was being “driven the wrong way” along the M25, near Junction 3 for Swanley, according to a Kent Police statement on Twitter.

The male officer had to be airlifted to hospital for treatment.

The collision happened just after 4pm on Sunday.

Police added a man “has been arrested in connection with the incident”.

Both carriageways were reopened to traffic later on Sunday evening.

Share
Facebook
Twitter
Pinterest
WhatsApp
Previous article‘PM wrote to me that he could not get involved’: Nusrat Ghani urged Boris Johnson to investigate ‘Muslimness’ claims
Next articleRoyal Navy seizes drugs worth almost £15m during bust in the Gulf of Oman