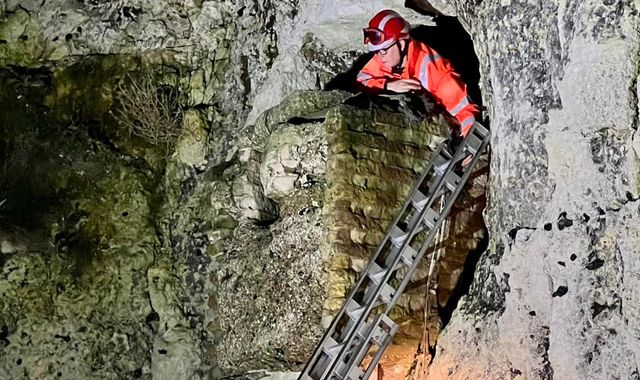 Four people were rescued by the coastguard and fire service after getting trapped in a cave in Kent.

Paramedics checked over the rescued group after they were helped out of the cave.

Kent Fire and Rescue Service, who were called by Kent Police, said there were no reports of any injuries.

In a Facebook post on Saturday night, the coastguard said: “Busy day for the team; three shouts in total finishing off with four people stuck in a tunnel at St Margaret’s Bay.

“Once safely at the bottom, they were taken into the care of the coastguard teams Deal HM Coastguard Folkestone & HM Coastguard Langdon Bay until they could get checked over by South East Coast Ambulance Service.

“Thanks to RNLI Walmer Lifeboat for safety cover while the rescue was taking place.

“In a coastal emergency dial 999 and ask for the coastguard!”