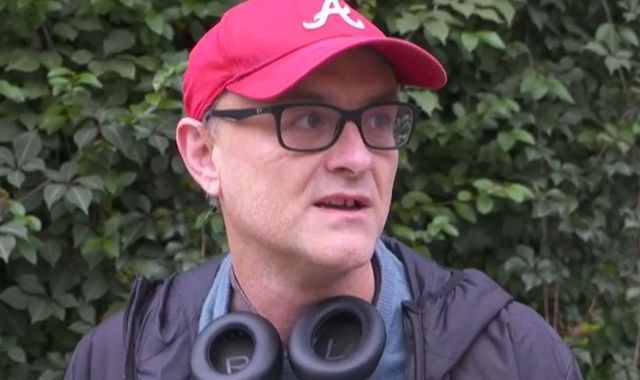 Dominic Cummings is set to be interviewed by Sue Gray on Monday as part of her investigation into alleged Downing Street parties during lockdown, according to reports.

The prime minister’s former top adviser will be one of the final people to be interviewed by Ms Gray, the highly experienced civil servant tasked with finding out whether the events broke lockdown rules.

Her findings could have severe ramifications for Boris Johnson, with most of his cabinet saying they would wait for the report to be published before deciding what his fate should be while other Tory MPs have already called for his resignation.

Could Sue Gray report be the end for Boris Johnson?

Several Conservative MPs have confirmed they have submitted letters of no confidence the PM’s leadership to the chair of the 1922 Committee, who needs 54 letters before a leadership vote can be called.

Mr Cummings’ interview with Ms Gray, reported by the Sunday Times, risks putting the final nail in the coffin for Mr Johnson as PM.

Earlier this week, Mr Johnson’s former adviser, who has been ruthless in his assessment of Tory leader, said he would swear an oath that he warned the PM the May 2020 drinks party in the garden of Number 10 would be against the rules.

He claimed the PM misled parliament by saying he did not know it was a work event.

Mr Johnson last week said “nobody told me” the Number 10 garden party during lockdown was “against the rules”.

On Friday, Ms Gray uncovered a crucial email from an official warning against the May 2020 event in response to an invitation telling people to “BYOB” (bring your own booze or bottle) sent by Martin Reynolds, the PM’s principal private secretary.

It does not confirm if Mr Johnson was told in advance that the gathering would break lockdown rules.

However, Mr Cummings said he discussed the event with Mr Johnson and told him: “You’ve got to get a grip of this madhouse,” but the PM “waved it aside”.

The report is due to be published next week.

Outrage over limited publishing of report

Ms Gray is understood to be considering publishing a limited report of her findings with the names of some individuals who are facing disciplinary action removed.

The PM and some senior MPs are expected to receive a more detailed account but that could still be a reduced version.

Deputy PM Dominic Raab said how the report is published “will be for the prime minister to decide,” he told the BBC.

The government has also refused to say whether Ms Gray will record or publish the interviews carried out during the investigation.

This has prompted calls for the report to be published publicly in full, with all the accompanying evidence.

Labour’s deputy leader Angela Rayner said: “Boris Johnson cannot be allowed to cover-up or obscure any of the truth when he has insisted on a hugely protracted internal probe to tell him which parties he attended and what happened in his own home.

“The Sue Gray report must be published in its entirety with all accompanying evidence.”

Daniel Bruce, chief executive of Transparency International told Open Democracy: “It would be deeply concerning if those examining alleged wrongdoing in Whitehall failed to keep a paper trail.

“Any investigator knows maintaining accurate records is critical to prosecuting a successful case.

“Given potential police interest in the findings of the inquiry, it’s crucial the Cabinet Office confirm this basic fact about the handling of evidence collected.”

Share
Facebook
Twitter
Pinterest
WhatsApp
Previous articleDominic Cummings set to be interviewed over Downing Street lockdown parties ahead of report publication
Next article‘PM wrote to me that he could not get involved’: Nusrat Ghani urged Boris Johnson to investigate ‘Muslimness’ claims