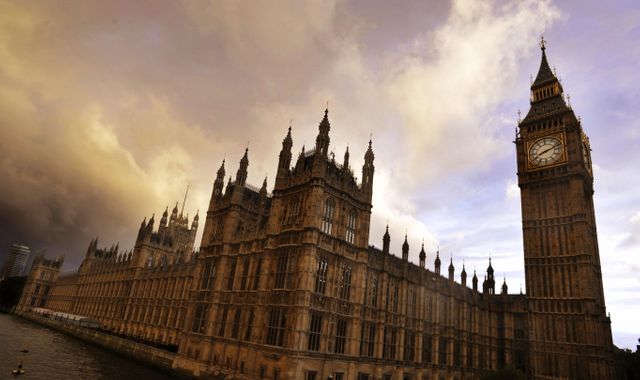 Police will meet with a Conservative MP who has alleged that government figures have been engaging in “intimidation” that amounts to “blackmail” against Tories who have questioned Boris Johnson’s position.

A Scotland Yard detective will talk with William Wragg next week about his allegation, which comes as the prime minister is under pressure over a number of Downing Street parties during COVID restrictions in 2020 and 2021.

A Metropolitan Police spokesman said: “As with any such allegations, should a criminal offence be reported to the Met, it would be considered.”

The development was first reported by the Daily Telegraph, which quoted Mr Wragg as saying: “I stand by what I have said. No amount of gas-lighting will change that.

“The offer of Number 10 to investigate is kind but I shall leave it to the experts. I am meeting the police early next week.”

Mr Wragg added that he would be outlining “several” examples of bullying and intimidation, which in some instances involved public money.

What did the MP allege?

Mr Wragg, chair of the Commons Public Administration and Constitutional Affairs Committee and one of a number MPs who has called for Mr Johnson to resign, made his allegation at the start of a committee hearing on Thursday.

“The intimidation of a member of parliament is a serious matter,” he said.

“Reports of which I am aware would seem to constitute blackmail.

“As such it would be my general advice to colleagues to report these matters to the Speaker of the House of Commons and the Commissioner of Metropolitan Police.”

Mr Wragg said the reports he had received included “members of staff at 10 Downing Street, special advisers, government ministers and others encouraging the publication of stories in the press seeking to embarrass those they suspect of lacking confidence in the prime minister”.

He also claimed some MPs had received threats to “withdraw investments” from their constituencies.

In the wake of Mr Wragg’s claim, an MP who defected to Labour this week said he was threatened with the loss of a school in his constituency if he did not vote the way party bosses wanted him to.

A Labour source has said the vote related to free school meals.

As the row rumbles on, The Times has reported that Conservative MPs who want Mr Johnson out of office are considering publishing a secretly recorded conversation with the chief whip, as well as messages, to back up the intimidation claims.

Blackmail ‘has no place in British politics’

The PM’s spokesman said on Friday that Number 10 was “not aware of any evidence to support what are clearly serious allegations”.

They added: “If there was any evidence to support it, it would of course be looked at.”

Business Secretary Kwasi Kwarteng told Sky News that threatening to hold back funds from an MP’s constituency was “completely unacceptable”.

“Any form of blackmail and intimidation of that kind simply has no place in British politics,” he said.

“We need to get to the bottom of the matter. But I find it very unlikely that these allegations are true.”

The accusations come as speculation continues about a potential confidence vote in Mr Johnson’s leadership.

The threshold for triggering a contest has not yet been met, although some expect a Cabinet Office investigation into the partygate claims to tip Conservative MPs over the edge if the final report is critical of Mr Johnson.

Sky News understands there is nervousness in Number 10 over what Sue Gray‘s report will reveal.

According to sources, some in Downing Street fear the investigation has unearthed damaging evidence and they are now doubtful the report will clear the prime minister.