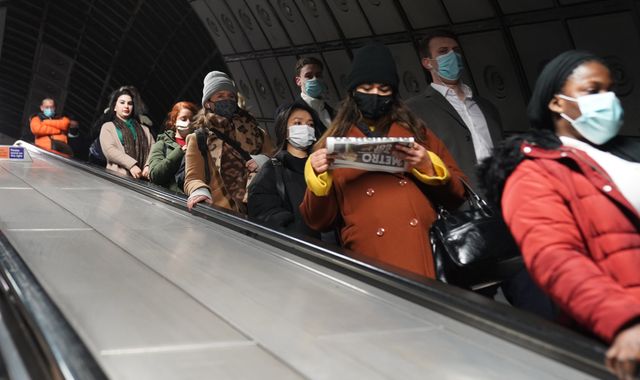 The number of deaths reported on Friday as having been within 28 days of a positive COVID-19 test was 288, while last Saturday’s figure was 287.

The number of deaths reported on Saturday brings the total to 153,787, according to government figures.

However, separate figures published by the Office for National Statistics showed there have been 177,000 deaths registered in the UK where COVID-19 was mentioned on the death certificate.

Prime Minister Boris Johnson has in recent days revealed that England will remove all Plan B measures from 27 January.

The PM said it was time to “trust the judgment” of the public when it comes to wearing masks, adding that their use would still be “suggested” in indoor spaces where people mix with strangers.

Mr Johnson also expressed his intention to get rid of self-isolation completely when the next set of measures expire on 24 March – but this date could be brought forward.

He has praised the “extraordinary booster campaign”, telling the House of Commons last week: “Our scientists believe that our Omicron wave has now peaked nationally”.

Saturday’s figures showed that 83.7% of the eligible population – those aged 12 and over – have received both doses of a COVID-19 vaccine.

Some 64% have received a booster or third dose.