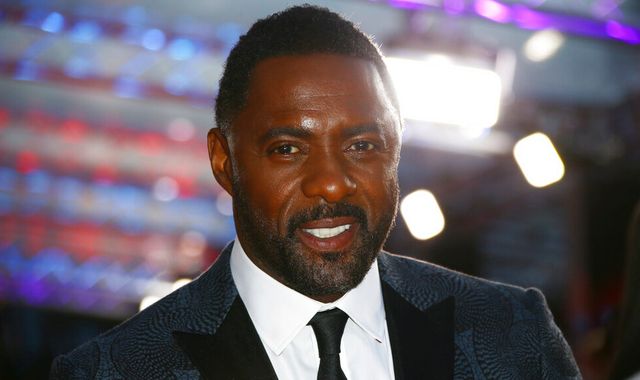 The producers of James Bond have said British actor Idris Elba is "part of the conversation" to be the next 007.

One of the most sought after and iconic roles in cinema is now back up grabs following Daniel Craig’s final outing as 007 in the most recent Bond movie No Time To Die.

Elba, who stars in the crime drama Luther, is often tipped as one of the leading candidates to take over.

The 49-year-old has appeared in several Hollywood movies including Concrete Cowboy, Pacific Rim and Thor: Ragnarok.

Speaking to Deadline’s Crew Call podcast, Broccoli addressed the speculation over who will next play Bond after she was told "a lot of fans want to see Idris Elba in a tuxedo".

Broccoli, 61, said: "Well, we know Idris, we’re friends with him, and he’s a magnificent actor.

"I think we have decided that until No Time To Die has had its run and Daniel has been able to – well, we’ve all been able to savour, reap the benefits of Daniel’s wonderful tenure, we’re not gonna think about, or talk about anybody else, actors to play the role or storylines, we just want to live in the moment."

If Elba lands the part he will become the seventh actor to play Bond as part of the franchise – following in the footsteps of Sean Connery, George Lazenby, Roger Moore, Timothy Dalton, Pierce Brosnan and Daniel Craig.

Other actors tipped to be the next Bond include Tom Hardy, Richard Madden, and Henry Cavill.

Craig, 53, is seen by some as one of the best Bonds ever.

Talking about his departure, Wilson, 80, told the podcast: "It’s very hard to see him go, he’s a tough act to follow, as they say.

Share
Facebook
Twitter
Pinterest
WhatsApp
Previous articleMuriel McKay: Family of woman murdered 52 years ago plead with Met chief to get them search warrant for farm
Next articleMigrant crisis: French police play cat and mouse with would-be stowaways hoping to make it to Britain