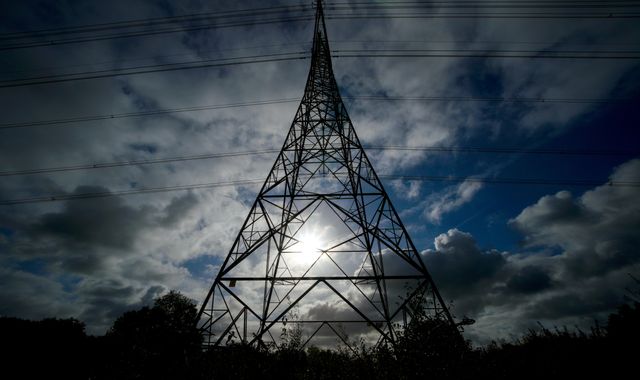 Together Energy, which has 176,000 households on its books, has become the latest supplier to collapse in the wake of the soaring cost of gas that is tipped to force bills up by 50% from April.

Sky News reported earlier this month that the company, part-owned by Warrington Borough Council in Cheshire, was on the verge of throwing in the towel after it deferred making a £12.4m payment to the industry regulator.

Ofgem said on Tuesday that Together – and its subsidiary Bristol Energy – had ceased to trade.

More than two dozen suppliers have fallen by the wayside since August last year when an unprecedented increase in wholesale gas costs took hold.

Firms have been unable to fully pass these on to consumers because the vast majority of households are now protected by the government’s price cap.

It rose by 12% in October but the next review by Ofgem is expected to see bills rise 50% to an average £2,000 annually in April without government intervention.

Sky News reported earlier on Tuesday that ministers are now examining three options to insulate families from the worst of the hike.

The prospect of such an increase has sparked warnings from numerous charities and other interest groups that it would drive a spike in fuel poverty to beyond six million families.

Customers of Together and Bristol now come under the protection of the regulator until they have a new supplier appointed to them.

Neil Lawrence, Director of Retail at Ofgem, said: “Ofgem’s number one priority is to protect customers. We know this is a worrying time for many people and news of a supplier going out of business can be unsettling.

“I want to reassure affected customers that they do not need to worry, under our safety net we’ll make sure your energy supplies continue.

“Ofgem will choose a new supplier for you and while we are doing this our advice is to wait until we appoint a new supplier and do not switch in the meantime. You can rely on your energy supply as normal. We will update you when we have chosen a new supplier, who will then get in touch about your tariff.

“Any customer concerned about paying their energy bill should contact their supplier to access the range of support that is available.”

Gillian Cooper, head of energy policy for Citizens Advice, said of the development: “Together Energy is the 27th energy supplier to have collapsed since August.

“As well as causing considerable disruption and confusion for customers, today’s announcement will add to the £2.6bn bill consumers are already facing due to these failures.

“With the price cap expected to go up again in April and the cost of living soaring, many are already facing impossible choices between heating and eating.

“The government must spread the cost of supplier failures so people aren’t left to foot a sky-high bill for chaos in the energy market, just as prices rise. It should also provide a one-off payment to people through the benefits system this April for those who need the most support.”