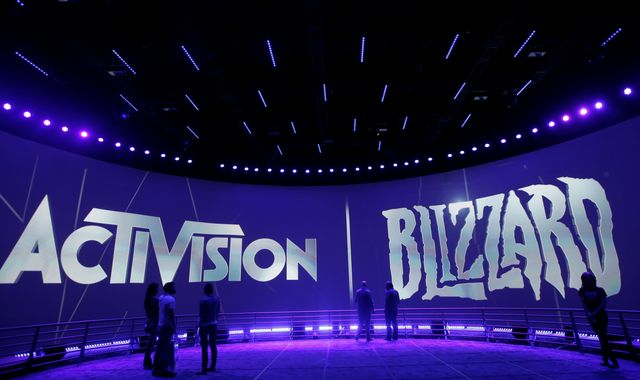 Microsoft has agreed a deal to buy the troubled Call of Duty and Candy Crush gaming firm Activision Blizzard for $68.7bn (£50.5bn).

The all-cash takeover would give the Xbox maker a leap into the mobile gaming sphere and "play a key role in the development of metaverse platforms", according to Microsoft boss Satya Nadella.

The deal – if approved by regulators – would make Microsoft the third-largest gaming firm in the world by revenue.

Its offer of $95 per share was at a premium of 45% to the closing price for Activision’s stock on Friday night.

The shares had slumped by almost 40% since hitting a record high last year after allegations of widespread sexual harassment and other misconduct came to light.

Microsoft said that Activision CEO Bobby Kotick – who had even faced calls to quit from staff over his handling of the claims – would continue in the role after the deal completed.

Activision said on Monday that, while its work to address the problems was continuing, it had fired or pushed out more than 36 staff and disciplined another 40 since July.

Microsoft’s move was seen as giving it the edge over fierce console rival Sony – maker of the PlayStation – because of its extended library of games.

Its gaming investments in recent years have included the $7.5bn acquisition of Minecraft maker Mojang Studios.

"The fantastic franchises across Activision Blizzard will also accelerate our plans for Cloud Gaming, allowing more people in more places around the world to participate in the Xbox community using phones, tablets, laptops and other devices you already own," the statement added.

"Activision Blizzard games are enjoyed on a variety of platforms and we plan to continue to support those communities moving forward."

Its shares were trading 32% up at $86 per share in early deals on Wall Street.

Microsoft’s were, however, just shy of 2% lower – perhaps reflecting some initial concerns about the price tag and the row over Activision’s workplace culture.

Mr Nadella moved to address the issue in a conference call with investors.

He said the "culture of our organisation is my number one priority" and "it’s critical for Activision Blizzard to drive forward" on its commitments to eradicate discrimination.