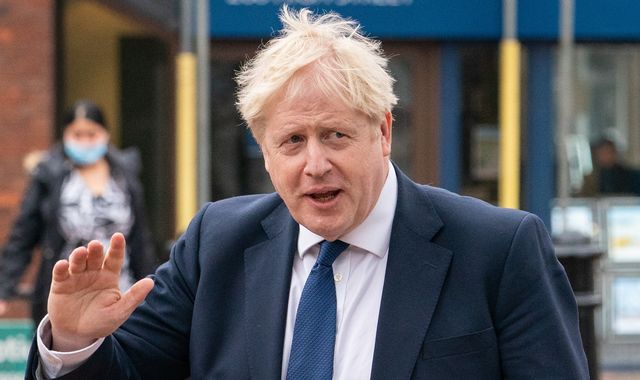 Boris Johnson has reportedly been questioned by a senior civil servant over
allegations of Number 10 rule-breaking.

The Daily Telegraph said Boris Johnson “is understood to have shared what he knows” with Sue Gray ahead of the publication of her investigation this week into claims about lockdown rule-breaking parties in Downing Street.

It comes as The Mirror claims Mr Johnson attended a leaving do before Christmas 2020 for his defence adviser Captain Steve Higham, where he is reported to have given a speech.

The latest claim comes as Ms Gray looks into several possible events, including a “bring your own booze” garden party during the first coronavirus lockdown, which Mr Johnson has admitted attending but insisted he understood it to be a “work event”.

Is a culture change in No 10 possible while Boris Johnson stays PM?

Newspaper reports have suggested Mr Johnson could overhaul his top team, including sacking principal private secretary Martin Reynolds – who emailed staff inviting them to enjoy the good weather in the Number 10 garden in May 2020, as part of a move purportedly dubbed Operation: Save Big Dog.

Mr Johnson’s plan also includes announcing that the military will be put in charge of preventing small boats from crossing the Channel as the prime minister looks to push “populist” policies, according to The Times.

The paper said one change being considered could see asylum seekers processed in Ghana or Rwanda.

Other potential policy announcements include freezing the BBC licence fee for two years, with Culture Secretary Nadine Dorries hinting the licence fee could be scrapped altogether.

It comes as Mr Johnson’s sister, journalist and LBC presenter Rachel Johnson, told her listeners on Sunday he was “completely compliant” with COVID rules whenever they met under restrictions.

Discussing the 20 May 2020 BYOB event, she said: “To my mind, if he did go out into the garden, and he has told us he did, for him that would have been work.”

On Sunday, a sixth backbencher, Tim Loughton, demanded the prime minister resign over the “terminal damage” the revelations have done to his reputation.

Other Tory MPs such as former party leader Sir Iain Duncan Smith said it was for Ms Gray to determine what Mr Johnson knew about possible breaches of COVID regulations in Number 10.