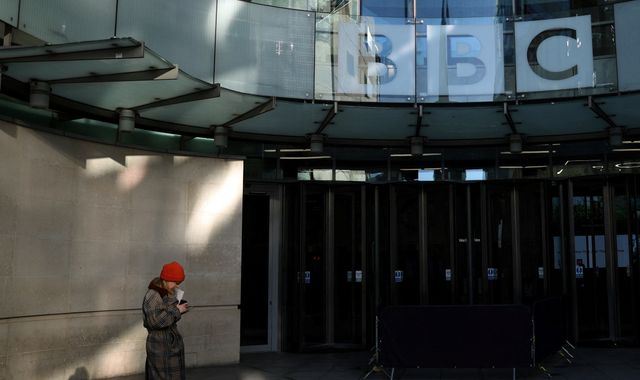 The government will “undertake a review” of the BBC’s funding model and the licence fee will be frozen for the next two years, the culture secretary has said.

Making the announcement in the Commons, Nadine Dorries said it is time to ask the question whether “a mandatory licence fee is appropriate” and confirmed a government review into the matter will start “shortly”.

In a statement, the BBC said the decision is “disappointing” and “will necessitate tougher choices which will impact licence fee payers”.

On Sunday morning, the culture secretary tweeted: “This licence fee announcement will be the last.”

Licence fee to be frozen at £159 for next two years

Ms Dorries also confirmed the BBC licence fee will be frozen for the next two years and will rise in line with inflation for the four years after that.

It means the current £159 annual charge will remain in place until 2024 and equates to a severe real-terms cut in the corporation’s funding.

Meanwhile, Labour deemed the plans “cultural vandalism” and accused them of being a “distraction” from Boris Johnson’s “disintegrating leadership” amid the ongoing Downing Street ‘partygate’ scandal.

Earlier on Monday, the National Union of Journalists (NUJ) said the broadcaster was being used as a pawn to distract from the Downing Street lockdown party saga, which Mr Johnson is facing calls to resign over.

Ms Dorries said the decision was being taken in light of Britons facing increasing living costs and that the new agreement gives the broadcaster certainty while protecting the public from the price hike.

“It’s a fair settlement for licence fee payers across the UK,” the culture secretary said.

But shadow culture secretary Lucy Powell was unconvinced by Ms Dorries’ reasoning, telling the Commons the decision makes the government look like a “tin-pot dictatorship”.

Ms Powell continued: “Is the licence fee really at the heart of the cost-of-living crisis? Or is this really about their long-standing vendetta against the BBC?

“She (Ms Dorries) won’t stop until her cultural vandalism has destroyed everything that is great about Britain.”

In response, the culture secretary said: “It is nobody’s intention to destroy the BBC.”

Ms Dorries said the BBC is a “beacon” but that the licence fee “is not a small amount of money” and is “regressive”.

“Only those who haven’t faced hard choices on what they can or can’t afford for their families on a weekly basis would claim that it is a small amount of money,” she told the Commons.

“What we are saying is that, moving forward, we need to decide and discuss and debate, so bring it on everybody in this House. Let’s discuss what the BBC in 2027 will look like.”

The annual BBC licence payment normally changes on 1 April each year and is set by the government, which announced in 2016 it would rise in line with inflation for five years from 1 April 2017.

It is reported to be worth around £3.2bn to the corporation.

If the cost of the licence fee was not frozen and rose in line with inflation – currently at 5.1% – the total annual fee would be £167 from April.

The plans for the new licence fee settlement cover a period of six years and will take effect from 1 April 2022 until 31 March 2028.

“We are supporting households at a time when they need that support the most and this settlement sends an important message about keeping costs down while also giving the BBC what it needs to deliver on its remit.”

BBC chairman Richard Sharp and director-general Tim Davie said in a statement that “given the breadth of services we provide, the licence fee represents excellent value for money”.

“A freeze in the first two years of this settlement means the BBC will now have to absorb inflation. That is disappointing – not just for licence fee payers, but also for the cultural industries who rely on the BBC for the important work they do across the UK,” their statement continued.

“The BBC’s income for UK services is already 30% lower in real terms than it was 10 years ago. We will set out the implications of the settlement later, before the end of the financial year, but it will necessitate tougher choices which will impact licence fee payers.”

It concluded: “The BBC is owned by the public and their voice must always be the loudest when it comes to determining the BBC’s future.”

Ms Dorries told MPs that to help the BBC deal with the “fast-changing broadcasting landscape” the government “will more than double the borrowing limit of the BBC’s commercial arm to £750 million”.

The culture secretary added that the corporation “needs to address issues around impartiality and group think”.

Downing Street said it was “vital” that the BBC sought to keep down costs “at a time when many are facing financial pressures” and “deliver the best value for money for licence fee payers”.

The PM’s official spokesperson told reporters: “We have said that we will keep the licence fee until the end of the current charter period in 2027 but, ahead of that point, we will review how the BBC is funded.”

Following reports on Sunday that the licence fee were to be frozen, celebrities including comedians Matt Lucas and David Baddiel, and presenters such as Richard Bacon and Dan Walker took to social media to defend the corporation.