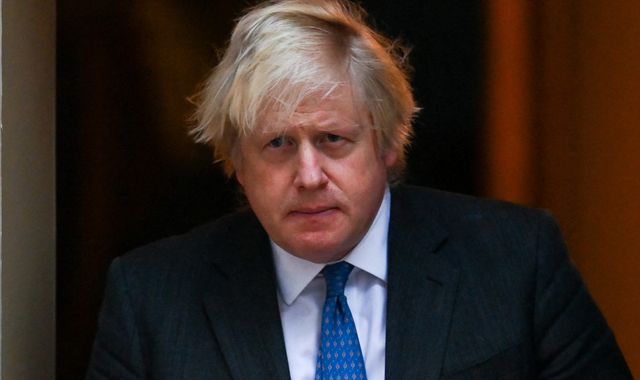 A sixth Conservative MP is calling for the prime minister to quit over the ever-growing list of alleged lockdown-breaking parties in Downing Street, as Boris Johnson is reportedly preparing to strike back by ousting members of his inner circle.

Tim Loughton, former children’s minister and East Worthing and Shoreham MP, said Mr Johnson’s position had become “untenable” and that his resignation would be “the only way to bring this whole unfortunate episode to an end”.

Apologising for the “great hurt” caused to his constituents by the claims, Mr Loughton wrote in a Facebook post: “Frankly the issue for me is not how many sausage rolls or glasses of prosecco the Prime Minister actually consumed.

“The reason for my conclusion in calling for him to stand down is the way that he has handled the mounting revelations in the last few weeks.

“Obfuscation, prevarication and evasion have been the order of the day when clarity, honesty and contrition was what was needed and what the British people deserve.”

Mr Loughton said that if Mr Johnson does not resign in the “next few days” he knows “what I need to do” – an indication he could be prepared to submit a letter of no confidence in the PM to Sir Graham Brady, the chairman of the 1922 Committee of MPs.

Andrew Bridgen, William Wragg, Douglas Ross, Caroline Nokes and Sir Roger Gale are among the other Tory MPs who have publicly called on the PM to resign.

Only a handful of Conservative MPs have publicly said they have submitted letters to the 1922 Committee, but according to the Telegraph, sources have estimated about 20 may have been handed in – although that is well short of the 54 needed to trigger a leadership vote.

What could Sue Gray’s inquiry into No 10 parties mean and who decides what happens next?

‘Mass clearout’ to save own skin

Meanwhile, The Sunday Times reported that Mr Johnson is planning a “mass clearout” of his top team as he looks to survive the publication of senior civil servant Sue Gray’s report into the partygate scandal.

Martin Reynolds, the PM’s principal private secretary who sent an email inviting staff to “bring your own booze” drinks in the Number 10 garden during the first coronavirus lockdown, and his deputy Stuart Glassborow are likely to be booted out, according to the newspaper.

Downing Street chief of staff Dan Rosenfield’s position could also be at risk but officials in Number 10 refused to be drawn on the reports of a staff shake-up when these were put to them.

The Sunday Times also reported that Mr Johnson will look to get on the front foot and save his position by making a series of “populist” announcements in the coming weeks.

He will focus on reducing the NHS backlog, tackling small boat crossings in the Channel, freezing the BBC licence fee for two years, and introducing a “booze ban” in Downing Street, the paper said.

The spotlight has also turned on Mr Johnson’s wife, Carrie, who was photographed in The Sunday Telegraph embracing a friend at a social event in London in September 2020.

At the time government guidance called for people to “stay two metres apart from people you do not live with where possible”, or one metre if taking the extra precaution of meeting outdoors.

The rule of six was in place at the time the image was taken, which the paper said was 17 September.

A spokeswoman said: “Mrs Johnson was one of a group of six seated outside celebrating a friend’s engagement.

“Mrs Johnson regrets the momentary lapse in judgement in briefly hugging her friend for a photograph.”

Latest polling by Opinium puts Labour on 41% of the vote share, with the Conservatives on 31%.

Starmer: PM can no longer do his basic duties

Mr Johnson’s approval rating has plummeted to -42% – almost a 20 point fall in a week – and almost two-thirds of people surveyed think he should stand down, the polling company said.

Labour leader Sir Keir Starmer has pledged that he would preside over a government with “integrity” and that could “restore trust” if he wins the next election.

Writing in the Sunday Mirror, Sir Keir said: “The prime minister’s actions, and his inability to take any responsibility for them, means he can no longer do his basic duties.

“In the public interest, he should resign.”

Share
Facebook
Twitter
Pinterest
WhatsApp
Previous articleCOVID-19: What can Google searches tell us about bullying during the pandemic?
Next articlePrince Harry seeks judicial review after Home Office stops him from paying for police protection in UK