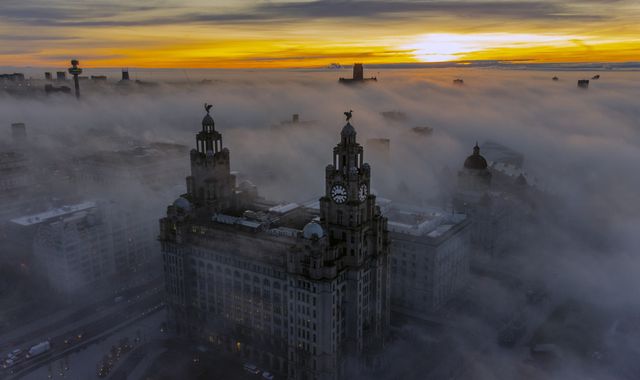 Frost and fog could bring hazardous conditions for some parts of the UK over the coming days.

The Met Office has issued a yellow weather warning for fog which is in place until 11am on Saturday.

Fog patches were expected to form on Friday evening and become more widespread overnight, with some dense fog patches, especially in the Midlands and eastern England.

At its worst, visibility could drop to between 50m and 100m in a few places with a risk of freezing fog.

Conditions should slowly improve on Saturday, although fog could last into the afternoon in eastern areas.

The fog could bring difficult driving conditions and the chance of delays for buses, trains, and flights.

Temperatures could plunge in some rural areas in England and Wales but areas further north and in the far west will stay above freezing because of cloud cover.

The cold snap could last through to Monday.

Frank Saunders, chief meteorologist at the Met Office, said: “Temperatures in England are expected to continue below normal in the coming days, with overnight minimum temperatures possibly getting to -4°C in some rural areas again tonight, and perhaps approaching this value again on Sunday night.

“Freezing fog will also form again across some areas on Friday night and Saturday morning.

“Areas covered by the alert are likely to see highs remain in the mid-to-low single figures through the weekend, especially in places where any fog or low cloud lingers throughout the day.”

The UK Health Security Agency has encouraged people to stay warm and look out for those at risk.