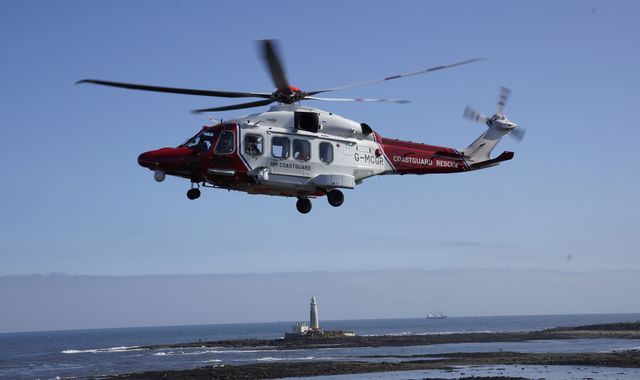 Coastguards are marking the 200th anniversary of the service dedicated to saving lives at sea, having originally been created to combat smuggling.

Founded on 15 January 1822 to tackle the tax-dodging illicit trade in goods, Her Majesty’s Coastguard has evolved over the last two centuries into a British institution, ensuring people’s safety around the UK’s shores, 24-hours a day.

It now boasts 3,500 volunteers in 310 teams nationwide, which are supported by 10 search and rescue helicopters.

As well as working in close cooperation with the RNLI, it also provides support to other critical public services, including the NHS during the coronavirus pandemic.

To mark the milestone, 200 throwlines – part of the standard lifesaving kit – will be cast by coastguards around the country as a symbol of the service’s dedication.

Tom Wright, area commander for South West England, said: “We have changed inconceivably from when we were first brought into place and in my time we have changed massively.

“We have got a lot safer and our rescue capability (has improved) and we are into technical rescue now.

“We rely a lot more on technology as far as our communications are concerned, and the new technologies, as far as drones to assist in search and rescue and other unmanned vehicles (go), will be key moving forward.”

Mr Wright added: “We couldn’t do what we do without the volunteers who give up their time 24/7 365 days a year.

“Without that workforce we wouldn’t be able to undertake the search and rescue that we do.”

Congratulating the Coastguard on its anniversary, maritime minister Robert Courts said: “I am immensely proud and humbled by the continued dedication and professionalism from the staff and volunteers which ensures everyone’s safety on our shores and around our coast.

“HM Coastguard is the backbone of our maritime sector and the nation is indebted to its incredible workforce which continues to deliver an exceptional service.”

Coastguard director Claire Hughes said: “When you look at how we started and where we are now, it’s easy to celebrate the innovation and development that can be seen throughout the service.

“And yet we are far more proud of the people, the volunteers and the staff who, throughout two centuries, have continued to strive to keep people safe at the coast and out at sea.

“We always have and always will respond to those in distress.”

The service also continue to move with the times with a £175m upgrade to its national radio network and the introduction of electric vehicles to reduce its carbon footprint.

It was back in 1809 that the Board of Customs formed the Preventative Water Guard to tackle smugglers with boats patrolling bays and coves around the country before it was placed under the Treasury in 1816.

In a minute dated 15 January 1822, the Treasury accepted it should return to the Board of Customs and declared the new force should be called “Coast Guard” which in effect became the “birth certificate” of HM Coastguard.

The Coastguard was formed with the merger of three services set up to prevent smuggling – the Revenue Cruisers, the Riding Officers and the Preventive Water Guard.