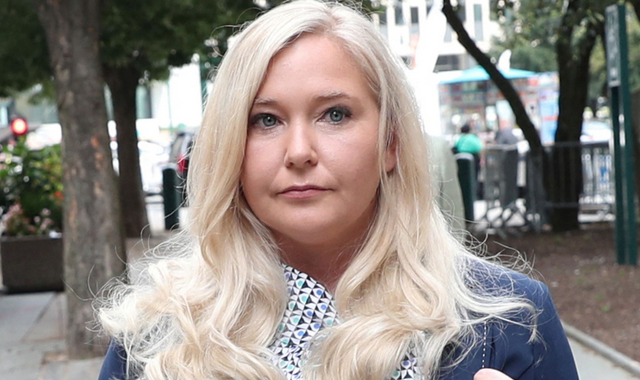 The woman who has accused Prince Andrew of sexual assault has said she will “continue to expose the truth” and thanked the judge who rejected the royal’s attempts to have the lawsuit thrown out.

Virginia Giuffre tweeted: “I’m pleased with Judge Kaplan’s ruling yesterday that allows my case against Prince Andrew to go forward. I’m glad I will have the chance to continue to expose the truth & I am deeply grateful to my extraordinary legal team.

“Their determination helps me seek justice from those who hurt me and so many others. My goal has always been to show that the rich and powerful are not above the law & must be held accountable.

Why judge rejected Andrew’s bid to have lawsuit thrown out

“I do not walk this path alone, but alongside countless other survivors of sexual abuse & trafficking.”

It comes as US judge Lewis Kaplan refused to dismiss the case after hearing arguments from Andrew and Ms Giuffre.

The prince has also had all of his military titles and royal patronages taken away as a result of the controversy.

In his 46-page document ruling, Judge Kaplan said Andrew’s request was “denied in all respects”.

The duke’s lawyers had asked for the civil lawsuit in New York to be dismissed after arguing Ms Giuffre waived her right to sue him when she signed a $500,000 dollar settlement agreement with Epstein.

However, the judge ruled it was “far from a model of clear and precise drafting”.

He added: “Unless the terms of an agreement leave no unreasonable doubt… the ambiguity must be resolved by the trier of fact, ordinarily a trial jury”.

The Duke of York will face a civil sex case trial later this year over claims he committed “sexual assault and battery” upon Ms Giuffre when she was a teenager.

She alleges she was trafficked by disgraced billionaire Jeffrey Epstein to have sex with Andrew when she was 17.

The Duke has repeatedly denied the claims, and he has not been charged with any criminal offences.

On Thursday, the royal was stripped of his military titles and royal patronages, and will no longer style himself “His Royal Highness”.

Last month, Ghislaine Maxwell was found guilty of recruiting underage girls to be sexually abused by her ex-boyfriend Epstein, who killed himself in 2019 while awaiting trial on sex-trafficking charges.