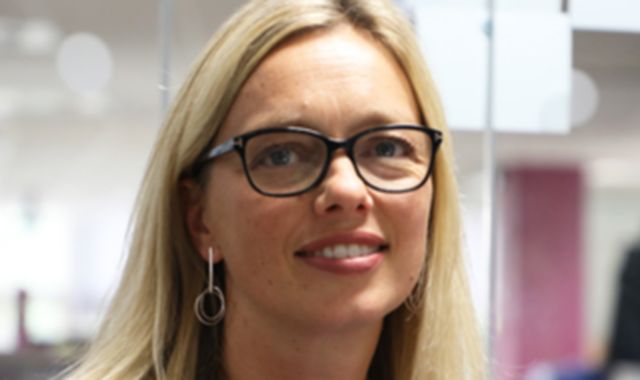 One of the heads of the government’s COVID-19 taskforce held an office leaving bash at a time when indoor socialising was banned, it has been revealed.

Kate Josephs, a former director general of the Cabinet Office’s COVID taskforce – which drafts coronavirus restrictions and other pandemic policies – said she was “truly sorry” for the gathering on 17 December 2020.

She also revealed the event is now part of a wide-ranging investigation into multiple allegations of coronavirus rule-breaking in both Downing Street and other government buildings.

The “partygate” scandal is threatening the political future of Prime Minister Boris Johnson, who himself has admitted to attending a “bring your own booze” gathering in Number 10’s garden during the first national lockdown.

In the latest revelation of a Whitehall drinks event at a time of strict COVID rules, Ms Josephs wrote on Twitter: “On the evening of 17 December, I gathered with colleagues that were at work that day, with drinks, in our office in the Cabinet Office, to mark my leaving the civil service.

“I am truly sorry I did this and for the anger that people will feel as a result.”

Ms Josephs left the COVID taskforce on 18 December 2020. She is currently chief executive of Sheffield City Council, a role that was advertised with a £190,000 salary.

“Sheffield has suffered greatly during this pandemic, and I apologise unreservedly,” she added in her tweet.

“The specific facts of this event will be considered in the context of the Cabinet Office investigation.

“I did not attend any events at 10 Downing Street.”

Under those rules, people in the capital were not allowed to mix with other households indoors and could only mix with a maximum of five others outdoors.

Bars, pubs and restaurants were also closed, while those who could work from home were told to do so.

On 17 December 2020, the government’s official Twitter account posted: “Although there are exemptions for work purposes, you must not have a work Christmas lunch or party, where that is a primarily social activity and is not otherwise permitted by the rules in your tier.”

It had already emerged that a Christmas party was held in Whitehall on 17 December 2020 in the private office of Cabinet Secretary Simon Case, which is said to have been separate from the event attended by Ms Josephs.

The revelation forced Mr Case to quit as the head of the ongoing “partygate” investigation, with senior civil servant Sue Gray now leading the inquiry.

“To be honest I need to express my deep disappointment – people will rightly feel angry and let down,” he said in a statement.

“I get that completely. After everything that Sheffield has been through during the pandemic, this is news that we did not want to receive.

“Over the last year, Kate’s been an asset to our city, and she is working tirelessly for Sheffield and it’s people.

“Our residents will understandably have questions and concerns, and we await the findings of the investigation.”