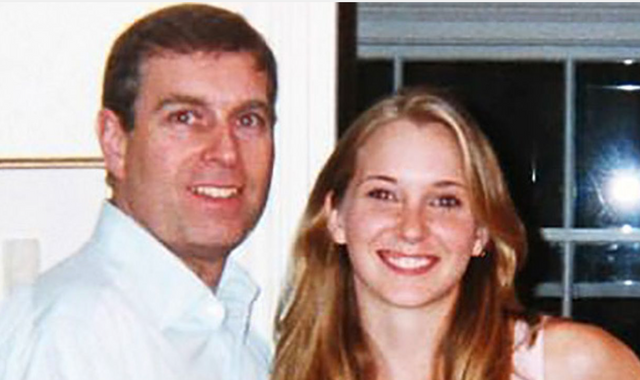 A judge has rejected Prince Andrew’s attempt to have the sexual assault lawsuit against him thrown out.

US judge Lewis Kaplan refused to dismiss the case after hearing arguments from lawyers representing the royal and his accuser Virginia Giuffre.

It means the Duke of York will face a civil sex case trial later this year.

Speaking to Sky News after the ruling, Ms Giuffre’s lawyer David Boies said she was “pleased with the court’s decision”.

“It is only one step in the process, it does not resolve the case but it rejects certain legal defences Prince Andrew was putting up to avoid the trial,” he said.

Why judge rejected Andrew’s bid to have lawsuit thrown out

Mr Boies said he believed the duke’s legal team’s “options are exhausted”, though he suspected they will have “creative arguments they want to make”.

Asked what Ms Giuffre wants, he replied: “I believe she wants to achieve justice.”

Andrew is being sued by Ms Giuffre, formerly known as Virginia Roberts, who claims he “committed sexual assault and battery” upon her when she was a teenager.

She alleges that she was trafficked by Jeffrey Epstein, the late disgraced financier, to have sex with Andrew when she was aged 17.

The duke’s lawyers had asked for the civil lawsuit in New York to be dismissed after arguing Ms Giuffre waived her right to sue him when she signed a $500,000 dollar settlement agreement with Epstein.

What has Prince Andrew been accused of?

Andrew Brettler, representing Andrew, told a court hearing it was “unquestionable” that the royal could have been sued in the 2009 case, and would therefore be considered a “potential defendant”.

The duke’s lawyer told Judge Kaplan that Ms Giuffre’s lawsuit “should absolutely be dismissed”, arguing it was “unfair” and “unjust”.

But Ms Giuffre’s lawyer said Andrew would not be a “potential defendant” as referred to in the settlement, as the 2009 lawsuit made no allegation that the duke had trafficked individuals for illegal sexual activity.

Could Prince Andrew be stripped of his royal and military titles?

Mr Boies told the hearing: “He was somebody to whom the girls were trafficked, that’s a different criteria.”

In his ruling on Wednesday, Judge Kaplan said Andrew’s motion to have the case dismissed was “denied in all respects”.

The judge said: “The 2009 agreement cannot be said to demonstrate, clearly and unambiguously, the parties intended the instrument ‘directly’, ‘primarily’ or ‘substantially’ to benefit Prince Andrew.”

He added: “Ms (Virginia) Giuffre’s complaint is neither ‘unintelligible’ nor ‘vague’ nor ‘ambiguous’.

“It alleges discrete incidents of sexual abuse in particular circumstances at three identifiable locations. It identifies to whom it attributes that sexual abuse.”

Buckingham Palace declined to comment on the development, saying: “We would not comment on what is an ongoing legal matter.”

Prince Andrew sex assault allegations – what’s next and what are his options?

Ms Giuffre is seeking unspecified damages, but there is speculation the sum could be in the millions of dollars.

Andrew, who has not been charged with any criminal offences, vehemently denies the allegations against him.

The civil trial is expected to be held between September and December.

Judge Kaplan had previously rejected a request to halt the civil lawsuit against Andrew over matters of jurisdiction after the duke’s lawyers argued Ms Giuffre lived in Australia and not the US, where the case is being heard.

The ruling comes after Ghislaine Maxwell was last month found guilty of recruiting underage girls to be sexually abused by her ex-boyfriend Epstein, who killed himself in 2019 while awaiting trial on sex-trafficking charges.