COVID-19: Jacob Rees-Mogg says pandemic public inquiry should consider if rules were ‘too hard on people’ 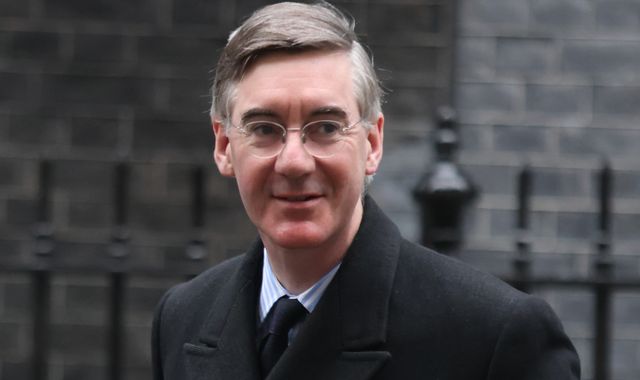 The public inquiry into the government’s handling of the coronavirus pandemic should look at whether the rules were “too hard on people”, Jacob Rees-Mogg has said.

The Commons leader told MPs that the COVID-19 inquiry – which the government has said will begin its work in spring 2022 – must consider if “all those regulations were proportionate”.

Mr Rees-Mogg added that the rules “were very hard to obey”.

His remarks come as Prime Minister Boris Johnson is facing demands from Conservatives to resign after he confessed to attending a Downing Street garden drinks party during the UK’s first national lockdown.

There is open speculation about Mr Johnson’s political future, with four Conservative MPs already having publicly called for him to go.

The calls for Mr Johnson to quit came after his House of Commons apology about the event failed to quell anger about the Downing Street “bring your own booze” bash on 20 May 2020.

At Prime Minister’s Questions on Wednesday, Mr Johnson admitted he went into the Number 10 garden “just after 6pm on 20 May 2020 to thank groups of staff” before going back into his office “25 minutes later”.

He acknowledged the public “rage” about their sense that COVID rules were “not being properly followed by the people who make the rules”, but, referring to the 20 May event, he said he “believed implicitly that this was a work event”.

Liberal Democrat leader Sir Ed Davey has written to Metropolitan Police commissioner Cressida Dick to call on her to launch a full police investigation into the 20 May event, adding that the prime minister should be interviewed under caution following his admission.

‘Rules were very hard for people to obey’

Pressed on the PM’s apology by opposition MPs in the Commons on Thursday, Mr Rees-Mogg said the matter is being investigated by civil servant Sue Gray.

The Commons leader added: “But I think everybody understands on all sides of the House that people were obeying the rules, and that these rules were very hard for people to obey.”

Mr Rees-Mogg then referred to a message from a friend of his who could not attend the funeral of his two-year-old granddaughter.

He continued: “Now, one cannot hear these stories without grieving for people who suffered. And this was something, decisions that were taken at the beginning of the pandemic, that affected people up and down the country and they were very hard.

“We must consider as this goes to an inquiry and we look into what happened with COVID, whether all those regulations were proportionate, or whether it was too hard on people because I think as we hear these stories, we inevitably grieve for those who suffered, those who could not visit people that they love, their family and could not attend funerals.”

COVID inquiry to begin this year

Baroness Heather Hallett was appointed by Mr Johnson in December to head the public inquiry into coronavirus.

“The inquiry will play a key role in examining the UK’s pandemic response and ensuring that we learn the right lessons for the future,” Downing Street has said.

Mr Rees-Mogg added that Mr Johnson will not take any notice of calls for him to resign.

But both politicians and members of the public have expressed anger following Mr Johnson’s Commons statement.

One man who was fined for breaking lockdown rules wants a refund after Mr Johnson’s admission.

Kieron McArdle, who lives alone, was fined for breaking lockdown rules after he was visited by three friends who were worried about him in March 2021.

They sat in the garden, stayed for an hour, and remained socially distanced.

He said he would give the money to a mental health charity, telling Sky News that his own wellbeing had dipped during the pandemic.

Mr McArdle’s friend Brian died during lockdown, meaning he couldn’t attend his funeral to give him the “send-off he deserved”.

Two polls released earlier this week suggested more than half of the people surveyed believed Mr Johnson should resign amid the Downing Street party allegations.

“We have sought throughout to strike the right balance when introducing regulations and guidance.

“Clearly this was a unique situation in which we were required to move at speed and oftentimes whilst the evidence base was continuing to grow.

“We’ve sought to learn lessons throughout as we developed guidance in response to the pandemic over this period. But we’re confident we sought to strike the right balance throughout.”