Police officer jailed after trying to arrange abuse of child 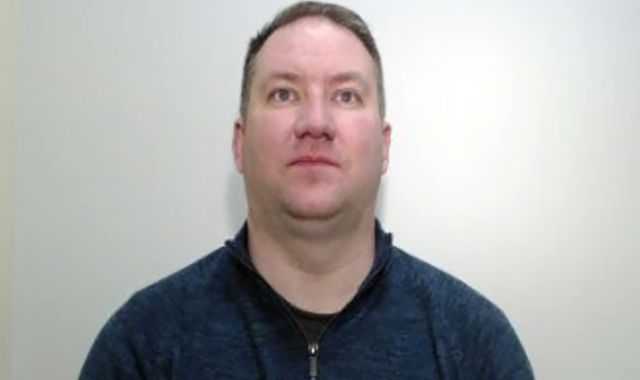 A police officer has been jailed after he was caught trying to arrange the abuse of an eight-year-old girl.

Lee Cunliffe was jailed for eight years and four months after pleading guilty to arranging the commission of a child sex offence, perverting the course of justice, misconduct in a public office, distributing indecent photos of a child, and three counts of making indecent photos.

The 40-year-old from Wigan had been a serving officer with Greater Manchester Police in September 2020 when he began messaging a woman he believed was the mother of an eight-year-old girl on instant messaging app Kik.

Liverpool Crown Court heard that Cunliffe told the “mother”, who was actually an undercover officer for the Met Police, that he would come to London to sexually abuse her daughter.

Prosecutor Arthur Gibson told the court that Cunliffe, a 17-year police veteran, had sent some of the messages from a police-owned computer at Swinton police station.

Cunliffe, a married father, was arrested in October 2020.

When his home was searched, officers found a laptop he had used to find indecent images of children.

These included images of a teenage girl who had made a complaint to Greater Manchester Police in 2018, Mr Gibson said.

The girl alleged her boyfriend had taken the images of her and shared them without her knowledge.

Cunliffe, a trainee detective, had been given the case.

The suspect was arrested and his computer and phone were seized, and Cunliffe later wrote in the crime log that they contained nothing relating to the offence.

Despite this, the computer containing the images was returned to the suspect and no further action was taken.

Recorder of Liverpool, Judge Andrew Menary QC, said: “What you did in relation to this girl and this case is shocking and strikes at the very heart of that foundation of trust that the public have invested in the police service.”

“Why should she ever trust the police ever again?”

Judge Menary said the teenager’s complaint was not properly pursued and she “remained seriously at risk of further disclosure”.

He added: “The question, frankly, is this: why should she ever trust the police ever again about anything?”

Cunliffe’s own laptop had evidence of files from between 2014 and 2018 showing what Mr Gibson described as “an interest in child pornography and the sexual abuse of children”.

He said: “However, there is some evidence to suggest that he recognised this and was in a state of turmoil about it.”

Julian King, defending, said Cunliffe had been seeing a psychotherapist and had been diagnosed with compulsive sexual behaviour disorder.

Deputy Chief Constable of GMP Terry Woods said: “Cunliffe’s actions were absolutely inexcusable and have undermined the very essence of policing’s core value of protecting the public and helping those in need.

“We expect our officers and staff to uphold the highest standards and Cunliffe’s deplorable behaviour fell well below what was expected of him – he both abused his position at GMP and attempted to act on his own sexual gratification.”

Disciplinary action under the Police Conduct Regulations will follow, a force spokesman said.