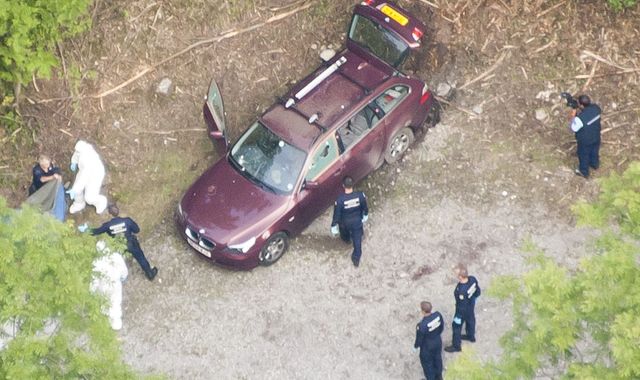 A person has been arrested in the unsolved case of three British people and a cyclist shot dead in the French Alps more than nine years ago.

They were shot at point-blank range in a lay-by in their BMW.

Zeena, four, hid for hours in the footwell under her mother’s legs, while her sister, Zainab, seven, was shot and beaten.

The prosecutor in Annecy said an arrest had been made this morning, and French media are reporting house searches are taking place and alibis being checked.

Police do not know whether the al Hillis or Mr Mollier, who worked in the nuclear industry, was the target.

No one has ever been charged with the murders, which prompted a search of the family’s home in Claygate, Surrey.

Investigators returned to examine the scene of the murders, near the village of Chevaline, in October 2021.

Police were also last year investigating a possible link between the deaths and a gang of contract killers living in Paris.

One of the gang was found to have pistol rounds similar to the ones fired from the gun that killed the victims.

In 2020, the al Hillis’ daughters were also set to be re-interviewed about the murder of their family.