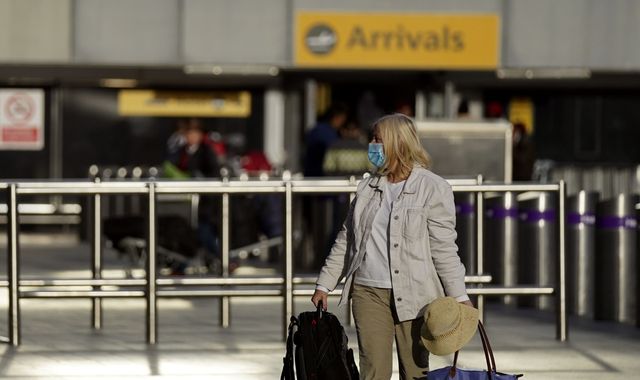 Heathrow Airport has called for all coronavirus testing to be dropped for fully-vaccinated people while revealing that “at least” 600,000 passengers cancelled flights during the key holiday month of December.

The UK’s largest airport said “swiftly imposed” action during the month to tackle the Omicron variant in the run-up to the festive season prompted uncertainty among travellers who faced additional bills for costly PCR tests.

It added that there was now significant doubt on when demand would return despite the subsequent lifting of UK rules last week governing pre-departure coronavirus testing for people arriving in the country.

People also no longer have to isolate until they get a negative PCR test, but will instead have to take a lateral flow test at the end of day two after arriving.

Chief executive John Holland-Kaye said: “There are currently travel restrictions, such as testing, on all Heathrow routes – the aviation industry will only fully recover when these are all lifted and there is no risk that they will be reimposed at short notice, a situation which is likely to be years away.”

Heathrow said it carried fewer passengers in 2021 than in 2020 when the crisis first took hold – with lockdowns globally forcing it to cut jobs and report a £2bn annual loss.

It said that 19.4 million passengers used the airport in 2021 – less than one quarter of the total for the pre-pandemic year of 2019.

The airport is currently hoping for a boost to its revenue through a new five-year agreement with the aviation regulator on the charges it imposes on each passenger via airline ticket prices.

Airlines have reacted with fury to the Civil Aviation Authority’s proposal that could see Heathrow raise its per passenger’ charge by more than 50%.

Mr Holland-Kaye said of the settlement talks: “The regulator must focus on an outcome that improves service, incentivises growth and maintains affordable private financing.”

The airport is due to reveal its 2021 annual results next month.