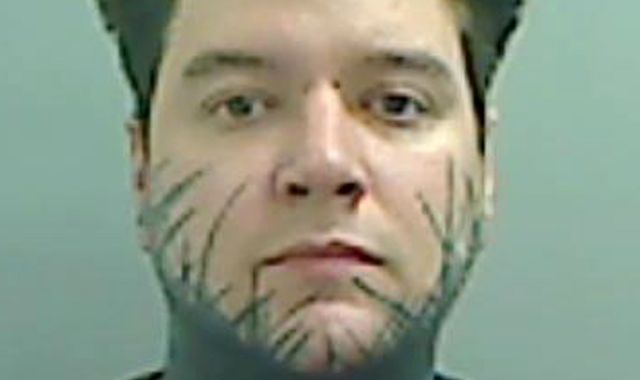 A trainee paramedic who raped five women he met on dating app Tinder has been jailed for life.

Sexual predator Tom Rodwell, 31, “ruined” the lives of his victims and left them feeling worthless after subjecting them to sexual and physical abuse.

Passing sentence at Teesside Crown Court, Judge Paul Watson said Rodwell became “addicted” to the sense of power he held over the women, some of whom were students.

“You are a callous, unfeeling sexual predator whose only concern is for your own gratification,” the judge told the defendant.

Rodwell, who previously worked for the Royal Navy in Scotland and HMRC, used his healthcare ambitions to convince his victims he was kind and caring, despite being manipulative and violent.

He admitted 10 offences of rape against the five victims over a three-year period between 2017 and 2020.

Rodwell, from Acklam, Middlesbrough, told one victim he was into “rough sex” before raping her at least four times, said prosecutor Richard Bennett.

“It would become apparent that the defendant did not realise or seem to care that he needed consent,” he said.

When he met his second victim face to face, he told her he wanted to get her pregnant and threw her contraceptive pills in the bin – which she believed to be a joke.

But he attacked her when they met a second time – before sending a Whatsapp message asking when he could “rape her again”, the court heard.

The third woman told how she considered suicide after being repeatedly raped by Rodwell.

His fourth victim recalled how he raped her in a hotel and repeatedly hit her. He claimed he couldn’t remember the attack – but claimed his “ex liked it”, Mr Bennett told the court.

The final victim told how Rodwell said he wanted to “own her” and “choke her”.

Defending, Andrew Turton said Rodwell was “unable to explain” the reasons for committing the vile acts.

“It appears alcohol played a part,” he told the court.

Rodwell must serve a minimum of 12 years before he is eligible for parole.

He is also subject to a restraining order prohibiting him from contacting his victims and has been placed on the sex offenders’ register for life.

Speaking after the sentencing, Detective Constable Rick Sainsbury hailed the women for their bravery in speaking out as he slammed Rodwell’s “despicable” crimes.

“He is a dangerous individual and his selfish and depraved actions have caused lasting harm to his victims and their families,” he added.