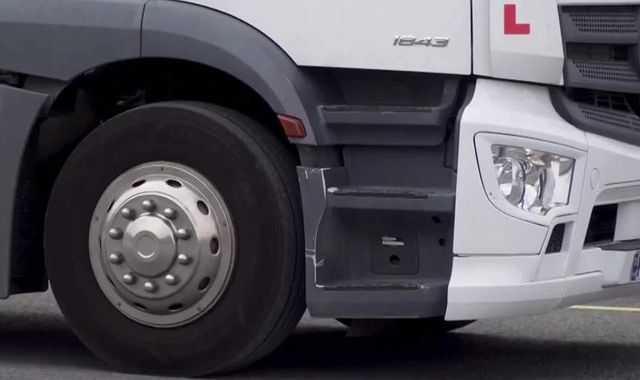 The number of lorries entering and leaving the UK under a scheme introduced during the HGV crisis last year is not being monitored, a trade has claimed.

Unite believes ministers “panicked” last year and changed cabotage rules to allow companies from anywhere in the world to send lorries with foreign drivers to the UK to work unlimited hours in any 14-day period.

The union said it found through a freedom of information request that there is no monitoring by the Department for Transport (DfT) of how many lorries have used the policy, where they have come from and how many have stayed in the UK beyond the two-week period.

The trade union said it was told that the DfT does not monitor the cabotage data because it is “commercial data held by operators based outside the UK”.

General secretary Sharon Graham said: “This is sheer incompetence by the government, which is playing Russian roulette with British road users.

“It introduced this knee-jerk reaction to the lorry driver crisis last year; now they tell us they don’t know how many foreign lorry drivers have come, how many hours they work when they are here, and if they go home after the 14-day working period.

Why was Europe short of lorry drivers?

“It’s literally an accident waiting to happen, based on the illegal super-exploitation of these drivers.”

Government must tackle ‘root cause of driver crisis’

The trade union’s national officer for road haulage, Adrian Jones, described the government as “clueless about how many foreign lorries are currently on UK roads”.

“The only on-the-spot inspections to ensure these vehicles are roadworthy and driving regulations are being observed are as rare as hens’ teeth,” Mr Jones added.

“Rather than allowing foreign lorries unlimited access to the UK to tackle driver shortages, the government should be tackling the root causes of the driver crisis – low pay, long hours and the lack of decent parking and welfare facilities for drivers.”

Why is there an HGV driver shortage and how bad could the problem get?

A DfT spokesperson said: “The temporary, additional cabotage rules are one of 32 measures taken which are working to alleviate the effects of the global lorry driver shortage in the UK.

“The department is monitoring the overall uptake of the additional cabotage rules and early indications are that they have been successful in assisting the resilience of supply chains, including providing key connections to ports.”

Share
Facebook
Twitter
Pinterest
WhatsApp
Previous article‘Lives being wasted’ to knife crime after cuts to hundreds of youth centres, says Ian Wright
Next articleMorrisons to scrap ‘use by’ dates on milk to help reduce food waste