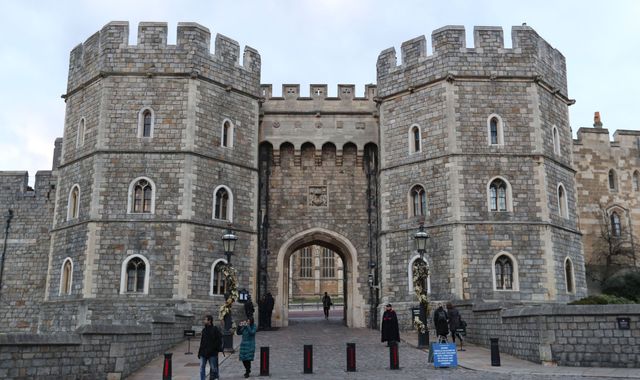 A “no-fly zone” could be placed over Windsor Castle as police review security arrangements at the Queen’s home in Berkshire.

An application for the restricted airspace order has been made and, if successful, would prevent aircrafts from flying up to 2,500ft above and 1.5 nautical miles around Windsor Castle.

The Metropolitan Police said the order would “further enhance the security at what is an iconic location and keep the community living nearby safe”.

The force added that the order was applied for as part of its ongoing review into security arrangements and not because of any specific threat or intelligence.

On Christmas Day, a 19-year-old man was arrested while allegedly in possession of a crossbow at Windsor Castle. The Metropolitan Police said he had been sectioned under the Mental Health Act.

Officers are also reviewing a video that appears to show a masked figure in a dark hoodie holding a crossbow and addressing the camera with a distorted voice, saying they wanted to “assassinate the Queen” in a “revenge” mission.

The incident caused Home Secretary Priti Patel to order the Home Office to look at strengthening controls on the ownership of crossbows.

The Metropolitan Police said the local community has been invited to give views on the application for the restricted airspace order.

A spokesman for the force said: “As part of the Met Police’s responsibilities under the Royal and Specialist Protection Command, the Met is responsible for policing within the footprint of Windsor Castle and we work closely with Thames Valley Police to ensure the castle and the surrounding areas are kept safe and secure.

“As part of our ongoing review of security arrangements at Windsor Castle, and working in partnership with Thames Valley Police, we applied for a restricted airspace order for up to 2,500ft at a radius of 1.5 nautical miles around Windsor Castle.

“This was not brought about in response to any specific threat or intelligence, but was intended to further enhance the security at what is an iconic location and keep the community living nearby safe.”