Women and girls face ADHD misdiagnosis due to misconceptions around symptoms 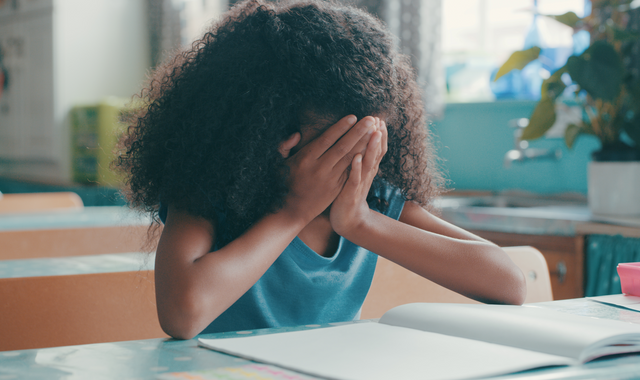 Women and girls with ADHD are struggling to get diagnosed, or are being misdiagnosed because of a misconception about the symptoms.

The stereotype of hyperactivity, or disrupting classes with fidgeting, just doesn’t apply for lots of children. Girls especially are more likely to have symptoms such as inattentiveness or introversion, which can overlooked, or dismissed as daydreaming.

Boys are five times more likely to be diagnosed with ADHD than girls, although in later life, case numbers of ADHD are roughly similar for men and women.

That’s partly because most of the studies, which inform diagnosis, are done with boys. But girls may be better at masking their symptoms as well, says consultant psychiatrist and ADHD specialist Dr Pablo Jeczmien.

“ADHD is under-recognised in girls and in women because the symptoms of ADHD we associate with hyperactivity and impulsivity are usually not present in girls and women,” he said.

“Because there is this cultural expectation that you should behave in this certain way. That is the starting point, then this diagnosis is relegated.”

Katherine Mengardon, who has a son and a daughter both with ADHD, says it was a battle to get her children’s schools to accept the diagnosis when they didn’t display the normal disruptive behaviours.

It was especially hard for the school to accept that her 13-year-old daughter, whose main symptom is trouble sleeping, but who struggles to pay attention in classes she finds boring, had ADHD. But, it was important.

“The main reason to get them diagnosed is because at school it means you can get some support and accommodation,” Ms Mengardon said.

“You really have to make a bit of a fight with the schools to get them to understand it’s not about being wilful or lazy. It’s properly difficult.”

If it isn’t diagnosed, it can have a devastating effect on young women struggling to live with ADHD without support.

Dr Jeczmien said: “It is incredibly important to recognise this [ADHD] because of the long-term effects ADHD has when it’s not [recognised.]

“The issue with girls and women later on is because it’s not recognised it has this huge impact on their lives, with sometimes severe mental health conditions. Because of the consequences later on in life: frustration, anger, feeling low self-confidence or low self-esteem, and thinking you are either lazy or you’re not intelligent enough, which is incredibly painful.

“And they are treated for such a thing, when in fact the treatment should be to address the very roots of the problem. On many occasions when you treat ADHD the other symptoms will simply disappear.

“And this is why it is incredibly important in my view to try to identify this as early as possible.”

That is exactly what happened to Leanne, who was only diagnosed when she was 25 years old, having spiralled through anxiety, depression and suicidal thoughts.

“I was really, really unhappy as a child and teenager, throughout school. I couldn’t concentrate in class like at all and was actually often going out clubbing and drinking – because I was always thinking so much and over-thinking, over-analysing, and I figured out quite early on that like drinking helped me calm down the thoughts.

“It just felt like everyone else was on an escalator that I had no idea I didn’t even know existed. It felt like I was going completely insane because I knew that I kept self-sabotaging my life. I knew that what I was doing was not normal.”

Although she sought help it took years for her ADHD to be identified.

“I just felt like I lost 25 years of my life, like the first 25 years from constantly kind of being controlled by things that weren’t my own brain, whether that was like looking for alcohol or feeling suicidal, like just not being able to actually relax and enjoy my life at all, and just always feeling in a constant state of stress, and feeling like there’s a problem with you, and there’s something wrong with you.”

Leanne’s now coaching businesses to help others recognise the symptoms earlier. More training for teachers and GPs, about the variation in ADHD symptoms, will be crucial to helping the next generation of girls cope with the disorder.