Sidney Poitier: In The Heat Of The Night star – first black man to win best actor Oscar for Lilies Of The Field – dies aged 94 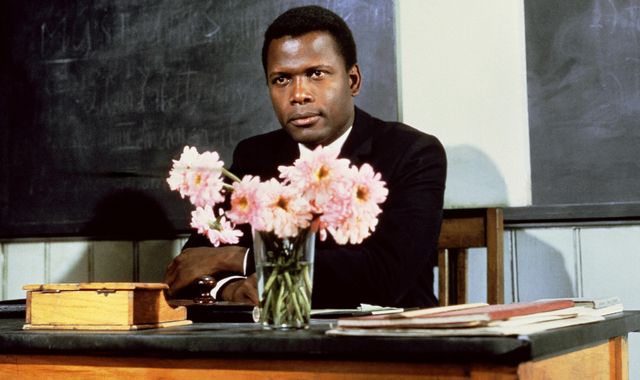 Sir Sidney Poitier, the first black man to win a best actor Oscar for his performance in Lilies Of The Field, has died aged 94.

The legendary Hollywood star made history at the Academy Awards in 1964 and went on to appear in dozens of films and TV shows.

Among his films were In The Heat Of The Night; To Sir, With Love; and Guess Who’s Coming To Dinner.

The first of those, released in 1967, saw him deliver the iconic line: "They call me Mister Tibbs."

From a holiday birth to changing Hollywood: Who was Sir Sidney Poitier?

He also directed a number of projects, including Stir Crazy, Hanky Panky, and Ghost Dad.

Sir Sidney was widely seen as the first major black Hollywood star, with many of his movie appearances highlighting issues faced by black people at the time.

As well as being a decorated actor, he was also an international diplomat, serving as the Bahamian ambassador to Japan between 1997 and 2007, and to UNESCO between 2002 and 2007.

He was knighted in 1974, and then in 2009 he was given the highest civilian honour in the US by Barack Obama: the Presidential Medal Of Freedom.

Mr Obama tweeted: "Through his groundbreaking roles and singular talent, Sidney Poitier epitomized dignity and grace, revealing the power of movies to bring us closer together.

"He also opened doors for a generation of actors. Michelle and I send our love to his family and legion of fans."

Sir Sidney also served on the board of the Walt Disney Company in the 1990s and early 2000s.

David Rubin, the president of the Academy of Motion Picture Arts and Sciences – which awards the Oscars – told Sky News: "Though this is a sad day, it’s also an opportunity to celebrate a life well lived and a hugely influential man on a global level.

"He was a legendary and groundbreaking actor, a civil rights activist and he paved the way for black actors and for many others in the film industry and I think culturally as well."

Asked what words come to mind when thinking of Mr Poitier, he said: "Dignity, eloquence leadership and influence."

"What he did with his life and his career has been a beacon for many others to follow," Mr Rubin added.

"He really had a very self-effacing view of his own accomplishments, but he kept at it.

"Both in terms of pursuing his acting career – he first arrived in the States with a heavy accent and no acting training and he was committed to great achievement.

"And then he used his celebrity in wonderful socially active ways and at the same time that the civil rights movement was gaining foothold in the States.

"So his influence was immense."

In a heart-felt post on Facebook, movie mogul Tyler Perry said the news saw his "heart broke in another place."

Born in Miami to Bahamian tomato farmers in 1927, he spent his early years living in the Caribbean country, giving him dual US-Bahamian citizenship.