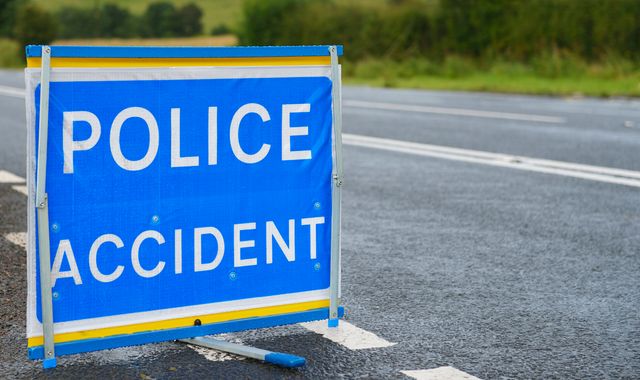 Two motorists have been arrested on suspicion of causing death by dangerous driving after a passenger in his twenties died in a motorway collision.

The man was pronounced dead at the scene on Saturday morning following a crash between a silver Vauxhall Vectra and a grey BMW 1 Series.

The victim was a passenger in the Vectra when it smashed into barriers near Junction 4 on the M11 in Redbridge, east London.

Three other men, including the driver of the Vectra, needed hospital treatment, the Metropolitan Police said.

Officers were called at around 12.50am, according to the force. The family of the deceased man have been informed of his death.

A 22-year-old woman driving the BMW was detained on suspicion of causing death by dangerous driving and taken into custody.

The driver of the Vectra, a 24-year-old man, was held on suspicion of causing death by dangerous driving and driving while disqualified.

One man travelling in the Vectra remains in critical condition while the conditions of the driver and another male passenger are not thought to be life-threatening.

::Any witnesses or anyone with dashcam footage of the collision or the moments beforehand is asked to call police on 101 or the witness line at Chadwell Heath Traffic garage on 020 8597 4874, quoting reference300/08jan.