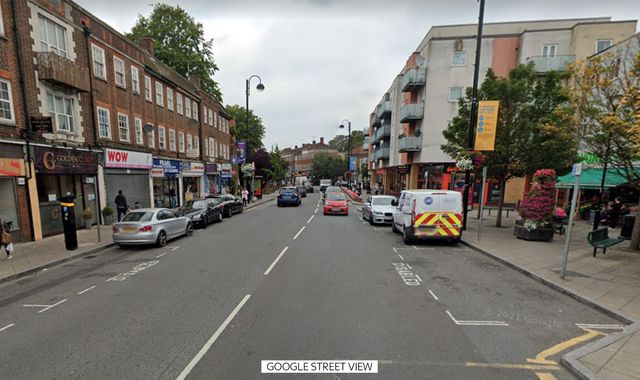 A 13-year-old boy has been arrested on suspicion of murder over the fatal stabbing of a 46-year-old man in west London.

The Metropolitan Police said Dariusz Wolosz died 30 minutes after officers were called to Yiewsley High Street in West Drayton in the early hours of Tuesday morning.

The 46-year-old was treated by paramedics but despite their best efforts, he was pronounced dead at the scene at around 12.43am.

Officers earlier said they believed the Polish national, who lived locally, was attacked by a “group of males” following a verbal dispute in Tavistock Road.

A post-mortem carried out on Thursday gave the cause of death as stab wounds to the groin and chest.

The victim’s family are said to be “distraught” as officers continue their inquiries.

Detective Chief Inspector Wayne Jolley, of the Specialist Crime unit, who is leading the investigation, said officers believe the group of men fled in different directions after Mr Wolosz was attacked.

“The area was busy at the time with passing traffic and people driving past could well have captured dash-cam footage of the incident, and the moments leading up to it,” he said.

“Dariusz’s family are distraught and we are doing everything we can to support them at this time.”

Police are urging locals to check their doorbells and dash cameras as they may have captured the incident.

The 13-year-old boy remains in custody.

Anyone who has information is asked to call 101 or tweet @MetCC, giving the reference 0063/04JAN.

Information can also be provided to the independent charity Crimestoppers, anonymously, on 0800 555 111.