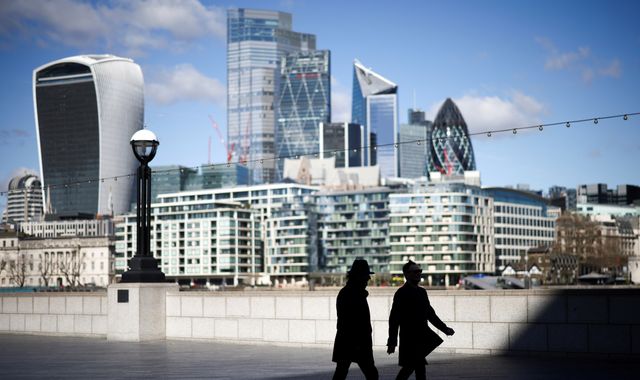 Unions and fair pay campaigners are demanding a recognition of UK workers’ contribution to the UK during the coronavirus pandemic as the annual “high pay day” arrives – albeit a day later than usual.

The High Pay Centre said 9am on Friday would mark the time when the median FTSE 100 chief executive (CEO) would have earned the median UK worker’s annual salary of £31,285.

The think-tank said that for the first time since it was founded a decade ago, its research had found that CEOs had needed to work into a fourth day of a new year to make the same amount.

2020 – the last year for which full pay data is available – saw many CEOs take temporary pay cuts and cancel or curb bonuses as the public health emergency took hold.

Unions joined the think-tank in proposing a fairer model as household budgets come under greater pressure from the highest level of inflation for a decade, which is tipped to be driven even higher by surging energy bills from April.

The High Pay Centre said the findings of a survey it conducted shot out of the water the justification for big awards on pay committees; that an executive’s role was more important than the person at the bottom of the ladder.

High Pay Centre director Luke Hildyard said: “Some of the lowest-paying jobs have played the most important role to keep society functioning through the pandemic.

“With the value of the UK economy reduced, there’s also greater pressure to share what we do have more evenly.

“In this context, vast CEO-to-worker pay differences may be harder to justify. It will be interesting to see whether the still very substantial pay gap between top earners and the wider workforce continues to narrow in future, or reverts to previous levels.”

TUC general secretary Frances O’Grady said: “The pandemic has shown us all who keeps the country going during a crisis. There are millions of hardworking people in Britain – from carers, to delivery drivers, to shop floor staff – who give more than they get back, but greedy executives are taking home millions while ordinary workers face yet another year of pay squeezes.

“As we emerge from the pandemic, we need to redesign the economy to make it fair, and that means big reforms to bring CEO pay back down to earth.

“Executive pay committees have to change. They should be required to include workforce representatives who can speak up for a fair balance of pay with ordinary workers.

“Incentive schemes for company directors should be replaced by profit-share schemes that include the whole workforce. Too much wealth is being hoarded at the top.”