COVID: Are hospitals a hotbed for transmission? 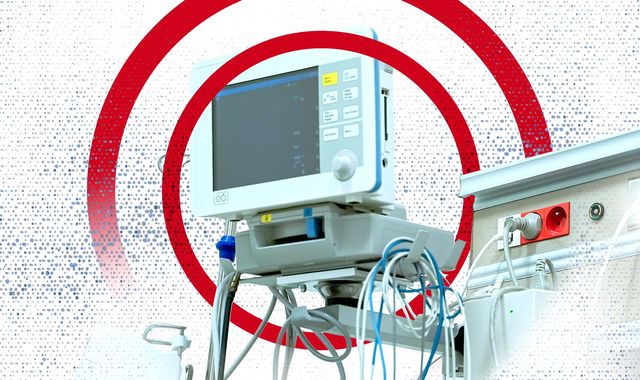 The NHS is under pressure from COVID-19 hospitalisations, acute staff shortages and the normal strain from winter illnesses.

Data from NHS England shows that this crisis in the health service is being exacerbated by the number of patients catching the virus after being admitted for a different reason.

The percentage of patients in hospital with COVID-19 that tested positive after admission doubled over the course of December.

As of the start of this year, one in five COVID-positive patients tested positive between day one and seven of their hospital stay.

London has been the worst affected over the past month, with the proportion of patients testing positive after arrival peaking at more than 27% on Christmas Day.

The numbers in London have since started to decline, but other regions are still experiencing a steady increase.

Since the start of the year, the North West has had the highest levels of in-hospital transmission. According to the NHS England data, one in four COVID-positive patients in the region tested positive after admission.

This tracks with the overall infection rates, which are highest in the North West at almost 300 cases per 100,000 people.

This is not the first time that there have been such high transmission levels in hospitals.

The proportion of patients with COVID-19 testing positive after admission peaked in December last year. At that point, almost one quarter of patients caught the virus after being admitted for another illness.

However, unlike this time last year, new restrictions have not been introduced to curb the rampant spread of the virus.

As transmission within the community continues to rise, so too will the spread of COVID-19 within hospitals.

An NHS spokesperson said: “The ONS and other data conclusively demonstrates that the root cause of rising infection rates in hospitals is rising rates in the community and actually, analysis shows that COVID-19 hospital infection rates account for less than 1% of all cases since the pandemic began – with cases reducing significantly since the vaccination rollout.

“NHS staff rigorously follow UKHSA infection prevention control guidance, and weekly reports have consistently shown that outbreaks in hospitals are less common than in other settings.”