Boris Johnson’s flat refurbishment: Downing Street refuses to reveal why PM’s old phone was accessed after claiming it could not be 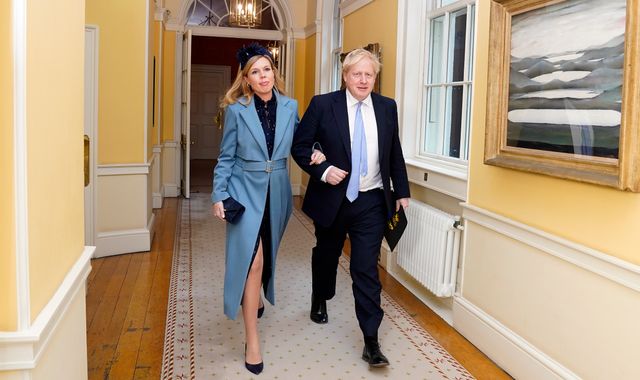 Downing Street has refused to reveal why Boris Johnson’s old phone was accessed again after claiming it could not be for an investigation into how he funded his flat refurbishment.

Lord Geidt, the independent adviser on ministers’ interests, has concluded a second investigation into how the PM’s Downing Street flat works were funded after it was revealed he had not been shown key WhatsApp messages.

The messages revealed Mr Johnson had texted Tory donor Lord Brownlow asking for more money for the refurbishment in November 2020, despite the PM telling Lord Geidt he had no knowledge of the payment until media reports in February 2021.

After Lord Geidt’s second investigation, published on Thursday, he told Mr Johnson of his “grave concern” and said the incident “shook his confidence”.

Downing Street cited “security reasons” as it refused to reveal why the PM’s old phone was accessed again in June, after Lord Geidt’s first report came out in May last year.

Mr Johnson offered his “humble and sincere apology” for failing to disclose the messages, and blamed getting a new phone for not declaring the conversation.

The Electoral Commission, which undertook its own investigation into how the flat refurb was funded after Lord Geidt, was shown the WhatsApp messages and revealed them in its report at the end of last year.

Mr Johnson cited “security issues” for not having previously shared the messages. In April last year, it emerged the PM’s personal phone number had been freely available on the internet for the past 15 years, which forced him to change devices.

Lord Geidt said in his letter to the PM on Thursday he had been told the extra security measures implemented on Mr Johnson’s old phone meant “that historic messages, potentially including the missing exchange, were no longer available to search”.

But Lord Geidt said: “Later, in June, after my report had been published, the device was again accessed for another purpose.”

When asked why the old phone was accessed again, the PM’s spokesman said: “Due to security reasons, I’m not going to be able to comment on that specific point.”

Why could the phone not be accessed for the investigation if it was a month later?

Asked why, if the phone was accessed in June, it could not be accessed for Lord Geidt’s investigation, the spokesman said Mr Johnson had “made clear” he did not have access to the phone or recall the messages.

When pushed that someone, if not the PM, could access the device, the spokesman repeated a similar answer.

Asked who had access, he said: “The information on that phone wasn’t accessible.”

Citing “security reasons”, he refused to confirm who had access to the phone or where it was now.

The spokesman also refused to deny that the “well-publicised security breach” in April 2021 that led to Mr Johnson not having access to his old phone was the revelation his phone number had been publicly available for years.

He said: “It’s longstanding policy that we don’t get into matters relating to security.”