Stephen Timms: MP who was stabbed by woman in 2010 says he wants to meet her before she is freed from prison 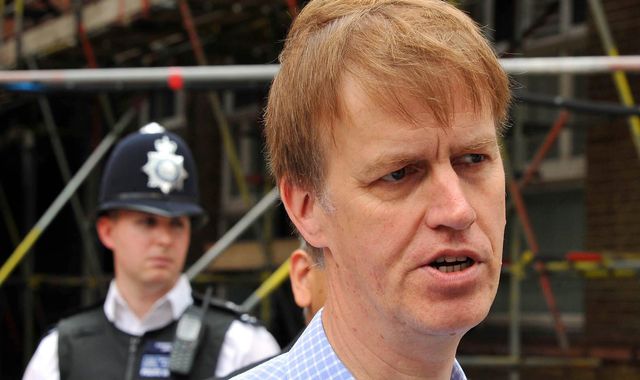 A former minister who was stabbed by a woman more than 11 years ago has said he would welcome the opportunity to meet her as part of a “restorative justice process”.

Labour MP Stephen Timms said he had received a letter from Roshonara Choudhry, who is serving a life sentence for attempted murder, apologising for having stabbed him in the stomach at a constituency surgery in 2010.

Following the murder of Conservative MP Sir David Amess in October, also at a constituency surgery, Mr Timms said he wanted to meet his attacker face to face before she is released from prison to forgive her.

He told GB News: “I’ve recently had three letters from her which the police have given to me.

“I wasn’t aware of their existence until the police gave all three of them.

“They were written over a period, I think. And in the third of them she says she’s sorry about what happened.

“So we’re in a restorative justice process at the moment which may lead to me meeting her at some point before she’s released from prison.

“And I’d welcome that if that opportunity does arise. We’ll have to see whether it does or not.”

The East Ham MP said Choudhry, who was 21 at the time, was a Muslim who had been “radicalised” but that the stabbing actually “strengthened” his relationship with Muslim constituents, who offered support after the attack.

Choudhry, who had been watching al Qaeda YouTube lectures, said she stabbed Mr Timms twice with a six-inch kitchen knife because he voted for the Iraq War while in Tony Blair’s New Labour government.

Former Treasury minister Mr Timms said he thought the woman was coming to shake his hand and “wasn’t sure she succeeded” in stabbing him until he lifted his shirt in the loo and saw “quite a lot of blood”.

Doctors told him his injuries were “life-threatening but not imminently life-threatening”. He underwent emergency surgery and spent five days in hospital.

Despite the “terrible loss” of Sir David and Labour MP Jo Cox, who was murdered in 2016, Mr Timms said it was important MPs continued to “be accessible to their constituents”.

He added: “I think if we were to disappear behind some barriers, I think that would be a real loss to democracy in Britain.”

Share
Facebook
Twitter
Pinterest
WhatsApp
Previous articleJason Derulo gets into fight at Las Vegas club after man calls him Usher
Next articleCOVID-19: ‘Around a million people’ isolating due to coronavirus in UK as testing rules set to be relaxed