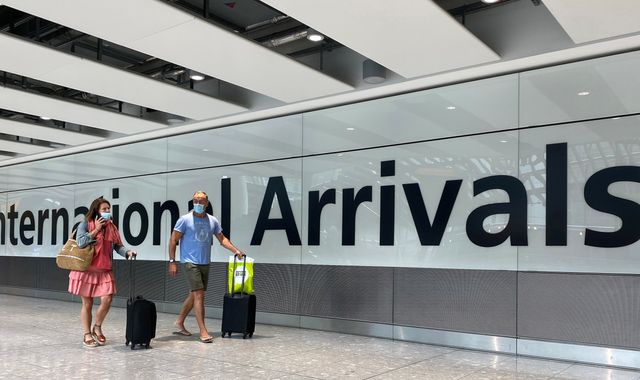 Pre-departure testing will no longer be required for travellers returning to the UK, the government is expected to announce later.

Sky News understands that the review of travel restrictions today will result in the removal of the restriction that was put in place a month ago to try to tackle the spread of the Omicron variant.

It comes after trade body Airlines UK and Manchester Airports Group called for the removal of all COVID testing restrictions, saying it would have no real impact on Omicron numbers in the UK.