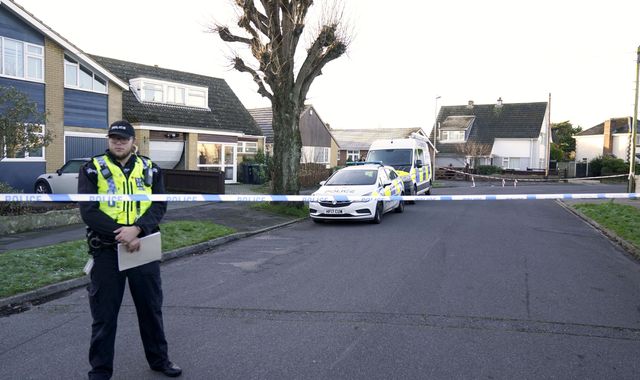 Police have launched a murder investigation after a man was found dead at his home on the south coast.

Dorset Police said they received a report at 7:53pm last night regarding the welfare of an occupant living in Christchurch.

Officers attended the address some six miles east of Bournemouth, and found the body of a man in his 30s with serious injuries.

The man’s next of kin have been informed and the coroner notified, according to the force.

“Our thoughts are with the family of the man who sadly died,” Detective Inspector Emma Sweetzer said.

She added: “We will be carrying out a full investigation to establish exactly what happened at the address. All our efforts are directed at finding those responsible.”

Police are appealing to anyone who saw or heard anything suspicious in the area since Sunday, to contact them.

A cordon has been put in place at the property.

Officers will continue to occupy the vicinity while they carry out inquiries, and can be approached by the public who have information or concerns.

Those with information are also asked to contact the force at www.dorset.police.uk or via email at 101@dorset.pnn.police.uk, by calling 101 or anonymously via Crime Stoppers, quoting the occurrence number 55220001688.