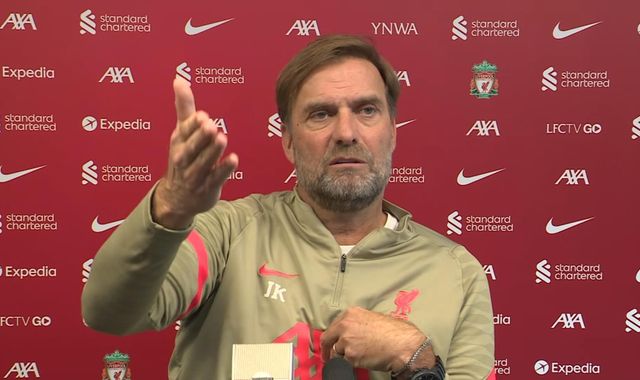 The Carabao Cup semi-final first leg between Liverpool and Arsenal has been postponed due to rising COVID-19 cases within the Merseyside club.

Liverpool assistant manager Pepijn Lijnders, who has been filling in for Jurgen Klopp while he is in isolation after contracting COVID, has also returned a suspected positive test, the club said.

The Reds had requested that the match – originally scheduled for Thursday – be postponed.

The EFL “reluctantly” accepted Liverpool’s request and agreed to switch the order of the ties after determining “a postponement was the only option as the club looks to mitigate against the further risk of infection amongst its squad and staff”.

In a statement, the EFL added: “As a result of the postponement the order of the ties has now changed with the first of the two legs to take place at Anfield on 13 January 2022 at 7.45pm.

An initial request for a postponement was made on Tuesday after the latest round of testing found more cases among first-team players.

Liverpool initially cancelled training on Tuesday before making their application to the EFL.

A pre-match press conference with Lijnders was also called off and the club was advised by public health officials to shut down the first-team training centre at their Kirkby base for at least 48 hours.

With the likes of Thiago Alcantara, Takumi Minamino, Nat Phillips, Divock Origi and Harvey Elliott all absent through injury, and Mohamed Salah, Sadio Mane and Naby Keita at the Africa Cup of Nations, the COVID outbreak at Anfield was further stretching Liverpool’s selection options.

“The outbreak has left Liverpool without a sufficient number of players and staff to fulfil the contest as originally scheduled,” a club statement read.

“Liverpool Football Club would like to place on record its thanks to the EFL and Arsenal for their understanding, as well as supporters of both clubs, as we continue to navigate through this challenging period.”

The Reds’ next match is due to be the FA Cup third-round tie at home to Shrewsbury on Sunday, but that fixture could also be in doubt.