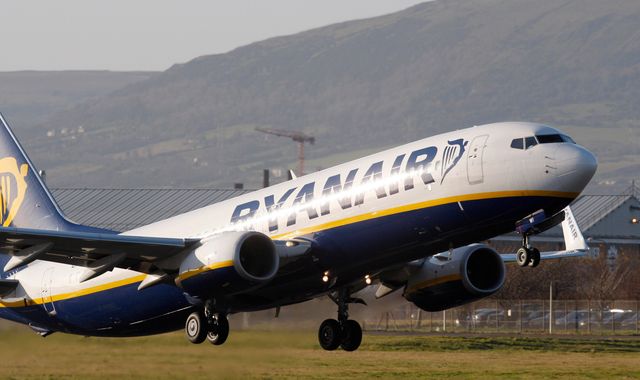 A flight made an emergency landing in France after a fire reportedly broke out on board after it left Manchester Airport.

Ryanair flight FR4052 departed the airport at 6.33pm on Monday and was scheduled to land at around 9.30 in Faro, Portugal, but made a rapid descent into Brest after reports of a fire.

Flight tracking software showed the plane descend from around 41,000ft to 6,725ft over seven minutes between 7.14pm and 7.21pm.

Pictures on social media showed the plane on the runway along with fire engines.

After the plane made its emergency landing the passengers were reportedly evacuated from the flight and police led them onto a bus that took them to the terminal.

Although there were concerns the passengers might have to self-isolate in France, where passengers are required to enter quarantine for 48 hours after arrival, they were reportedly transferred to another aircraft to continue their journey to Faro.

It came as another flight, travelling from Birmingham to Dublin, made an emergency landing at Manchester Airport on Monday.

Aer Lingus flight EI277 reportedly diverted to the airport due to “technical issues”. All passengers were provided with stays in a hotel before they continued to Dublin on another flight.