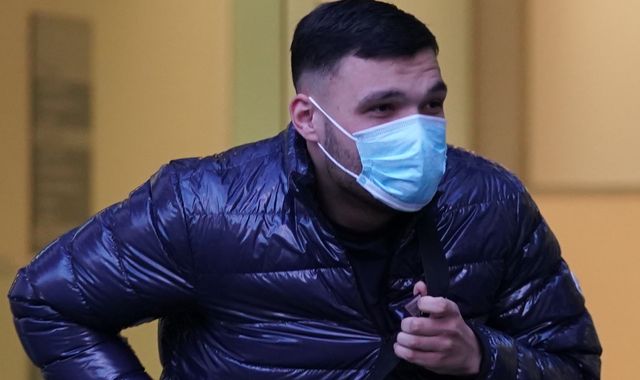 A man accused of assaulting Professor Sir Chris Whitty has been told there is a “very real possibility” he could be jailed.

Jonathan Chew, 24, was one of two men who filmed themselves with England’s chief medical officer as he walked through St James’s Park in Westminster on 27 June last year.

The other man, Lewis Hughes, also 24, put Sir Chris in a headlock after he declined to have his photo taken.

During a hearing at Westminster Magistrates’ Court, Rabah Kherbane, defending, said Chew had a number of conditions – including ADHD and autism – which made it difficult for him to follow proceedings.

Chew was repeatedly told to be quiet and stop interrupting by Senior District Judge Paul Goldspring.

Mr Kherbane asked for the case to be adjourned after Chew’s former solicitor withdrew over being “professionally embarrassed” by the defendant’s behaviour in court.

Mr Kherbane said he had not received court documents in time and Chew had not had anything to his address.

Deciding to adjourn proceedings until 27 January, Mr Goldspring said: “Mr Chew should be aware that Mr Kherbane has rightfully said there is a very real possibility there could be a custodial sentence.”

Chew will be fitted with an electronic tag, keeping him at his home in Chelmsford, Essex, between 9pm and 4am because there are concerns about him not being at his address on a number of occasions.

Hughes, a former estate agent described as “yobbish”, was given a suspended prison sentence last July after admitting a charge of assault by beating.

Sir Chris was checked out by medics at the time and did not suffer any injuries.