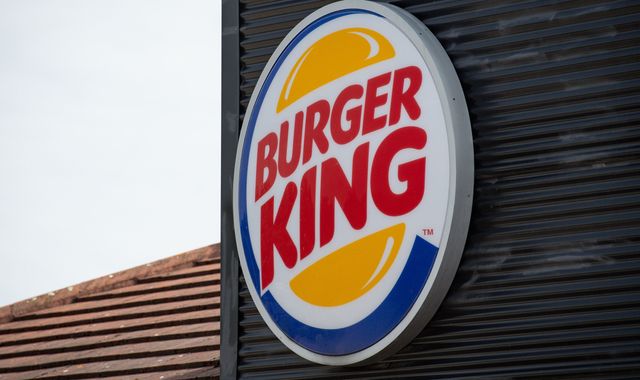 Burger King is to launch a range of vegan nuggets across the UK as part of a new pledge to make its menu 50% meat-free and reduce greenhouse gas emissions by 2030.

Burger King first attempted a venture into the vegan market with its plant-based Rebel Whopper burger two years ago.

However, it was later revealed to be unsuitable for vegans because it was cooked on the same grill as meat.

The fast food giant quickly came back with a Vegan Royale burger that was prepared separately from animal products and has now said that by 2030, its 50% meat-free aim would help it achieve a target of reducing greenhouse gas emissions by 41%.

Burger King UK chief executive Alasdair Murdoch said: “We’re pleased to announce the launch of BKUK’s new vegan nuggets across our menus nationwide – a significant milestone for the company and an important next step in achieving our target of a 50% meat-free menu by 2030.

“Adapting to customer preferences is a key focus at Burger King – we are committed to helping our guests make good decisions about what they eat and drink and providing them with informed choices – whether through clear nutrition and allergen labelling, or by offering vegan and vegetarian options.

“The launch is another positive step in reducing our carbon footprint and driving innovation in our menus in response to growing demand for meatless alternatives and products with no animal protein in the UK.”

Rival McDonald’s has a vegan McPlant burger that is sold in the UK, but its Veggie Dippers are the closest the chain has to meat-free chicken nuggets.

Greggs has also seen a successful meat-free range after it launched its own vegan sausage roll and vegan steak bake.