UK weather: Warnings over thunderstorms across southern England – and high winds and snow later in the week 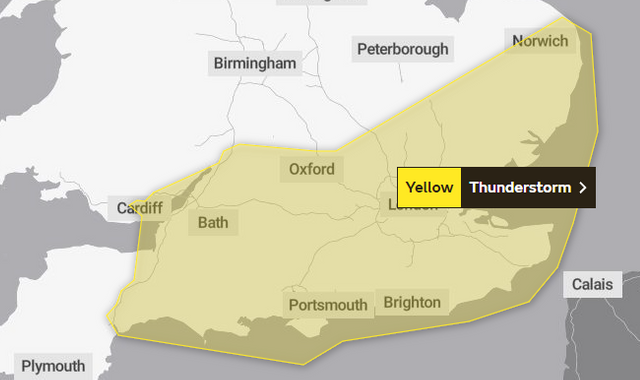 Thunderstorms are expected to hit the south of England this afternoon, bringing the possibility of road closures, power cuts and damage to trees and buildings.

The Met Office has issued a yellow weather warning for a band of stormy weather from Exeter in the West across to Norwich in the East.

“A band of thunderstorms will move quickly eastwards,” it said, starting at midday and lasting until about 6pm.

“Spray and sudden flooding could lead to difficult driving conditions and some road closures.”

Warnings are already in place for wind and snow in northern Scotland for Tuesday and Wednesday.

Bus, ferry, and train services could be affected, while driving conditions will be particularly affected on higher routes.

Forecasters said the conditions were because of warm subtropical air flowing up from the Azores, west of Portugal.

Temperatures have been reaching 16C (61F) at a time when they are normally almost ten degrees Celsius lower.

Things are expected to change from Tuesday, though, with highs of no more than 7C (44F) expected in London and the South East.