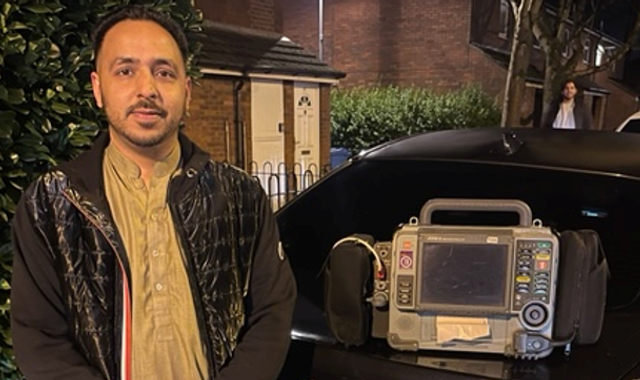 A life-saving defibrillator that was stolen from an ambulance service at the scene of an incident has been returned thanks to a social media appeal.

North West Ambulance Service (NWAS) issued an urgent appeal to find the “vital” missing equipment after it was taken by an “unknown individual” just minutes into the new year.

The ambulance service warned the “expensive” device – which is used in life-threatening emergencies when people are in cardiac arrest – can be “potentially fatal in the wrong hands”.

But after hundreds of people shared the appeal on social media, the defibrillator was found a roadside about a mile from where it disappeared in Oldham, Greater Manchester.

Fiaz Ali, who discovered the device, said he recognised it from the social media appeal and contacted the ambulance service to arrange its return.

He said: “When I saw it, I knew it was the one being talked about on social media and so I took it home for safekeeping and then immediately contacted the ambulance service.

“One of my family members was taken ill not so long ago and the ambulance crew used one of these machines and so I knew how important it was.

“I’m glad it has been safely found and that I was able to help.”

Oliver Mayor, from NWAS, said: “We are very grateful to Mr Ali for his vigilance and the safe return of the defibrillator which is in full working order and back on the road in one of our ambulances.

“I went to see him yesterday evening to collect it and thanked him personally for his help.

“We were overwhelmed with messages of support and offers to help from the public and are delighted to have it back with us.”